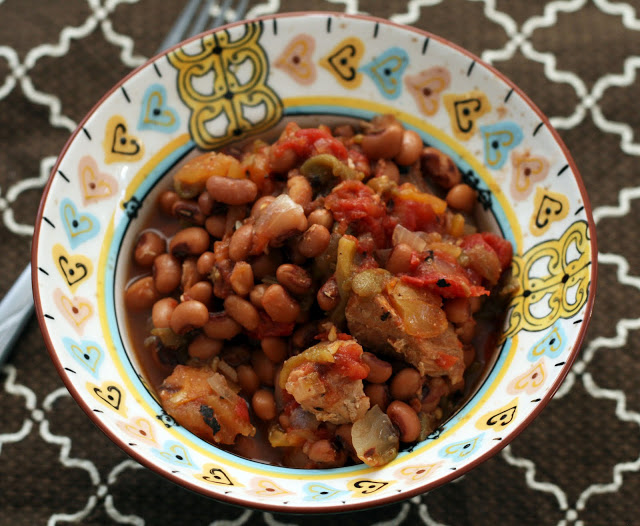 Directions:
Spray a nonstick skillet with cooking spray. Quickly saute the chiles, pork, onion and garlic until the pork is white on all sides. Scrape the mixture into a 4-quart slow cooker. Stir in the remaining ingredients. Cook on low 8-10 hours. Stir prior to serving.

This is a pretty simple recipe but a good one! I wanted to let the special flavor and spice of the Hatch chile peppers really be the star for this chili. The pork is mild but adds depth and I don’t know but I find black-eyed peas to be underutilized in chili. They hold their shape well and are tasty. I will have to remember to use them more often in the future! Hatch chiles are rather bright tasting and the ones I have are of medium heat (still pretty hot, though) so the chili is light tasting despite being a slow cooker recipe. Of course, you could just make this on the stovetop but I find you end up with a virtual identical result but instead of going about your business, spent the evening stirring a pot. And who wants to be doing that on the last few nights of summer? Not I.