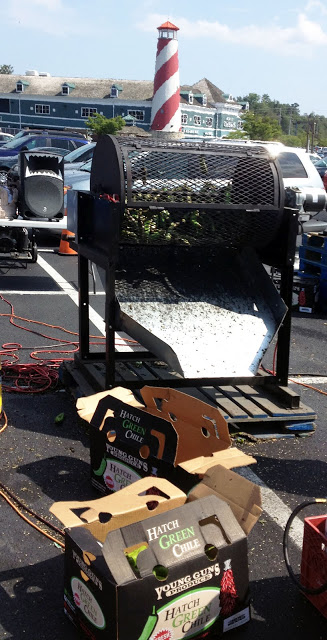 Place a batch of chiles in the bowl of cold water. 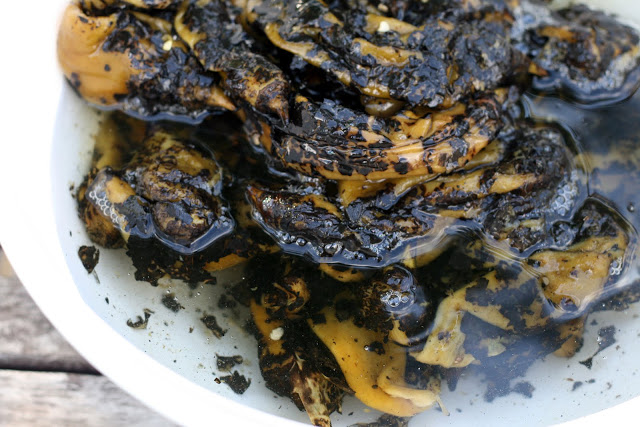 Wearing gloves*, gently rub the skins off of the chile pepper, removing as much as possible. 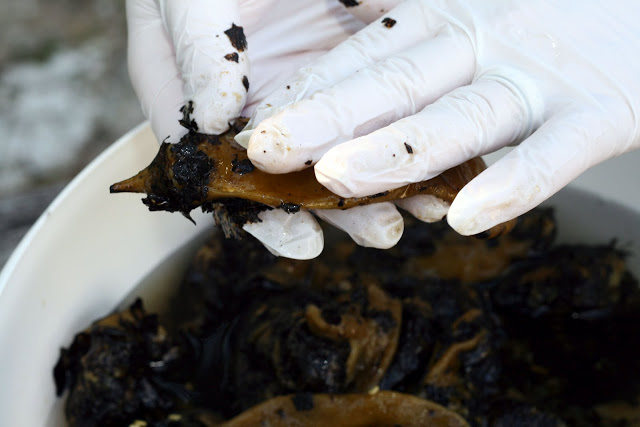 Cut the top off of the pepper. 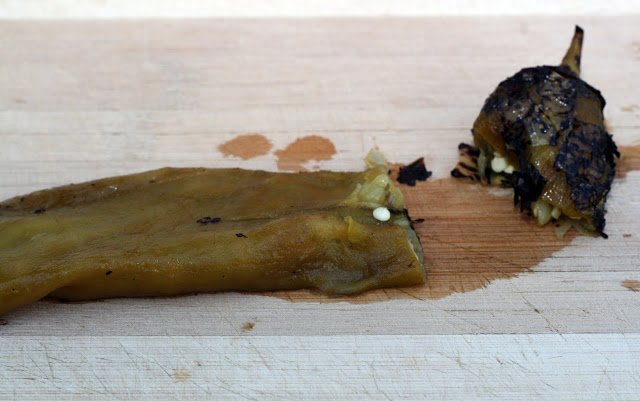 Hold the chile cut side down over the empty bowl. Run your fingers down the pepper. Most of the seeds should pop out. 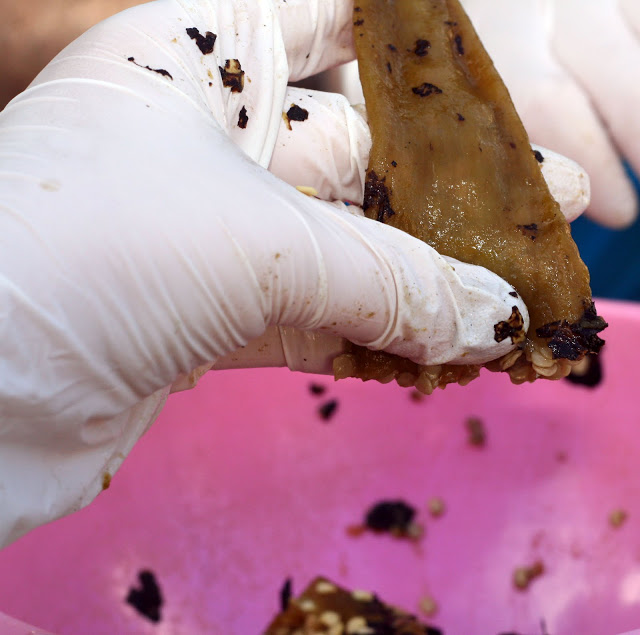 If you are freezing them whole, blot the chile dry on both sides with the paper towel/tea towel. Slide the pepper into the bag as flat as possible. Repeat for remaining peppers. Do not stack the peppers! Freeze in a single layer in the bag. Remove as much air from the bag as possible (sucking it out with a straw works nicely if you don’t have a vacuum sealer) and seal. Stack them to the side.

If you are freezing chopped peppers, chop to a small dice. Blot out excess moisture from the chopped chiles. Measure and label the bags accordingly. We did 1 and 2 cup bags for easy recipe use later. Flatten the diced chiles in the bag. Remove as much air from the bag as possible (sucking it out with a straw works nicely if you don’t have a vacuum sealer) and seal. Stack them to the side. 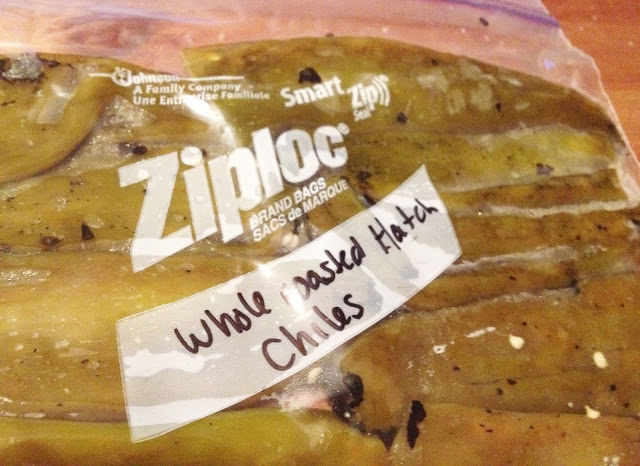 Repeat until all of the peppers are finished, changing out the water between batches. We had a few thin-walled peppers that tore as we removed the skins. We put them aside for puree and sauces, which we refrigerated but could also be frozen.

Freeze flat in the freezer so they take up as a little room as possible.

Defrost them as needed for recipes.

*Even though our chiles were only medium-hot, when Matt processed some without gloves, his hands burned for hours afterward.

UPDATE 2013:
The peppers are quite pungent and can make other things in your freezer (like an innocent box of peppermint ice cream sandwiches) taste like pepper. This year I froze them into quart sized bags then put a bunch of the bags into a gallon sized freezer bag. That seems to help contain the odor from leaking out.

This year we submerged the whole bag of roasted peppers in ice in a large cooler. We left it out overnight and the next evening, the peppers were quite cool and about 3/4 of the ice had melted. We processed them straight out of the cooler, eliminating the large bowl of cold water step. They seem to peel more easily and the process went a bit more quickly.

I’ve heard about Hatch green chiles for years and have occasionally found them canned but living in Baltimore, I haven’t had the chance to try them fresh before due their tendency to spoil quickly. Each year I’ve kept my eyes open when it is Hatch season in New Mexico but had no luck until this year. I subscribe to a lot of supermarket e-mail lists and it finally paid off. The Annapolis location of a store we go to occasionally was hosting a Hatch chile festival in their parking lot! They roasted them right in front of you, packaged them up and sent you on your way.

You could place an order for fresh or fire roasted Hatch chiles in lots of 25 lbs. I placed and an order for a single batch of 25 lbs and anxiously awaited the day we could go pick them up. 25 lbs sounded like a lot of chiles but what did it look like? As it turns out, a lot of chiles. We obviously weren’t going to eat them all so we froze about 95% of what we bought.  It is a pretty easy process but time consuming; draft a friend to help, it goes much more quickly. We set up on a picnic table in the backyard since the weather was nice and we didn’t have to worry about dropping pepper bits or seeds on the floor.

Note: If you can’t get to chile roasting event, roast them at home in the oven using this method.