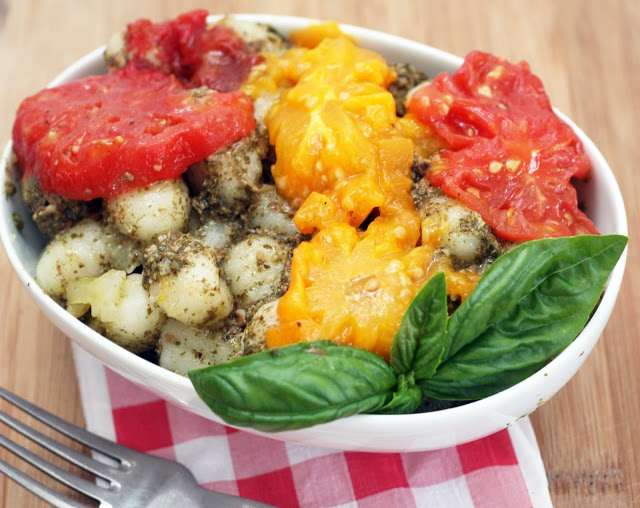 Preheat oven to 300. Place the tomatoes, garlic, oil, and salt in a pie plate. Taking care that the tomatoes are fully covered in oil. 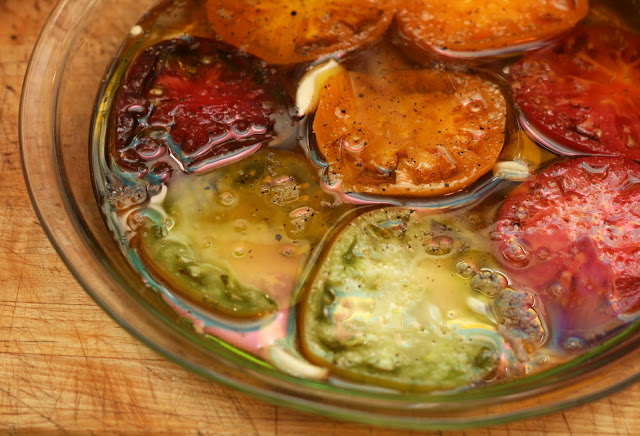 Bake tomatoes until they are soft and the skins start to curl, 20-30 minutes.

Place all ingredients in a food processor or blender, pulse until a thick paste forms.

Save the remaining oil to drizzle on bread or use in a vinaigrette. 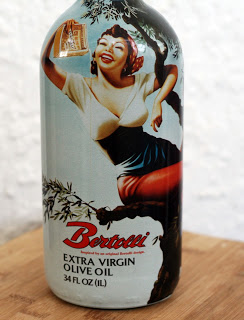 One of the perks of food blogging is getting fun presents in the mail like this pretty bottle of Bertolli olive oil celebrating Bertolli’s 150th anniversary.

I wanted to make something special with it so I decided to make these tomatoes. If you haven’t oil poached a tomato before, you are missing out! They become velvety smooth and even sweeter than they were to begin with. I received a bunch of varieties of heirloom tomatoes off all sorts of colors which made the final dish extra festive. The tomatoes just sort of melt into sauce as soon as they hit the gnocchi.