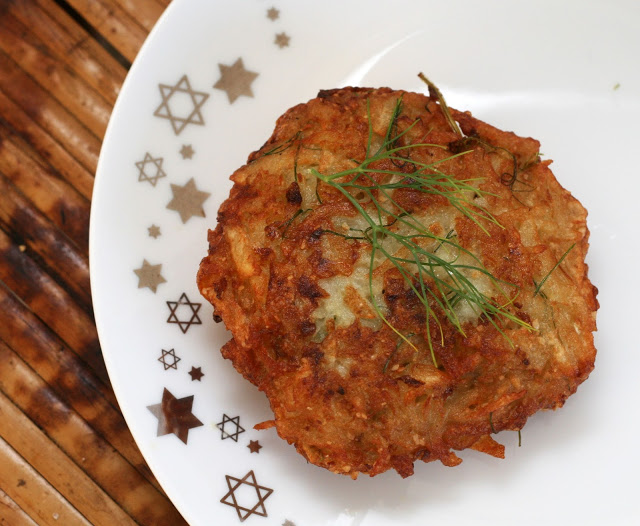 In a large cast iron skillet or other heavy bottomed pan, heat about 1/4 inch oil.
Place the potato into a metal sieve over a large bowl. Press out any liquid. Pour out the liquid and place the potatoes in the bowl on top of the remaining starch. Use the same sieve to drain the fennel and onion over the sink. Add to the potato. Stir in spices, and the matzo meal. Form into flat patties. If they will not hold their shape, stir in additional matzo meal until they do. Fry in hot oil, flipping halfway through, until just golden. 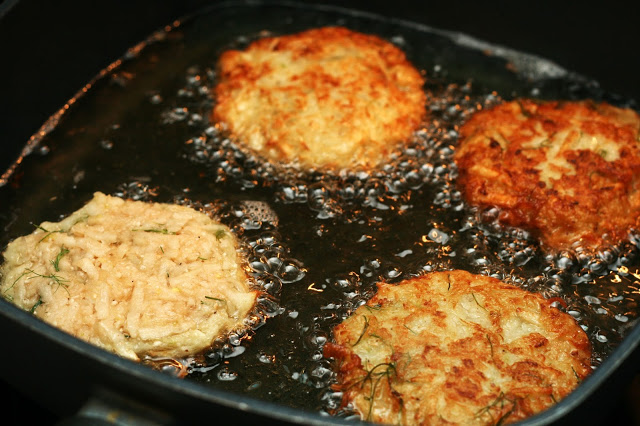 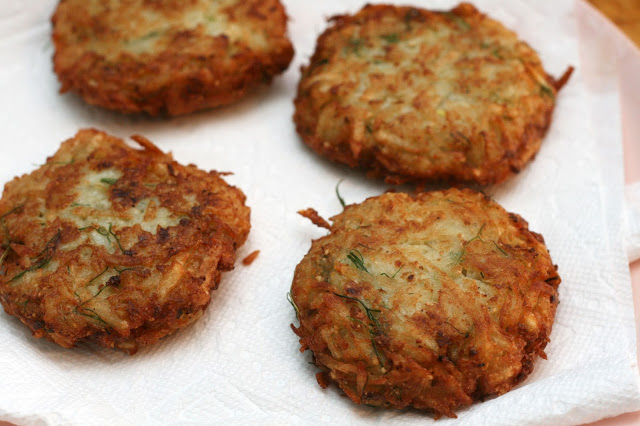 Yield: about a 10 latkes, depending on size.

One of the best parts, possibly the best part, of Hanukkah, is latkes! I try to make a different kind each year and this year I ended up with some beautiful fennel in my produce box so it was only logical to turn it into latkes! I was surprised at how well and easily the fennel grated (using the large holes in a box grater just like the potatoes) and how much flavor they added to the latkes. Matt thinks fennel can be fibrous but that was not an issue there, it really mixed well with the potato. I don’t know if it was the fennel or what but these were some of the crispiest, tastiest latkes we’ve made in years. I served them with a bit of sour cream and alongside some smoked salmon salad I made yesterday for a festive lunch, but they’d be great at dinner too. I did really like making the salad the day before so I could focus all of my attention to the latkes and not on another main dish. I will keep that in mind for next Hanukkah!