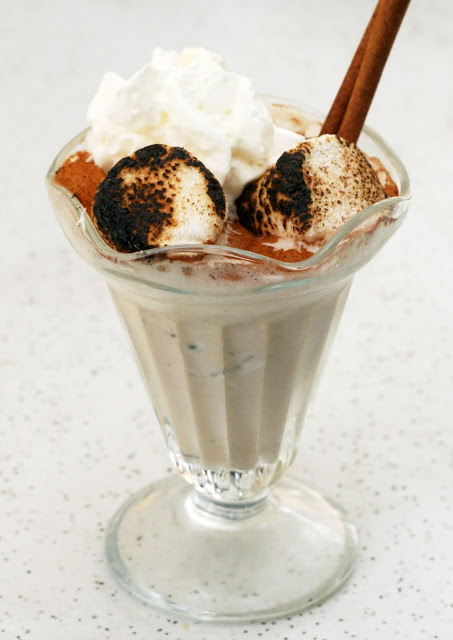 Directions:
Skewer marshmallows on a wooden skewer or fondue fork. Toast over an open burner. Place on parchment paper to cool. When cool, slice 4 marshmallows in half, leaving the other four marshmallows whole.

Place the apple butter, gelato, milk and halved marshmallows in a milkshake maker or blender. Blend until thick and creamy. Pour into 2 glasses. Top each with whipped cream and two whole, toasted marshmallows. Sprinkle with cinnamon and insert cinnamon stick. Serve immediately. 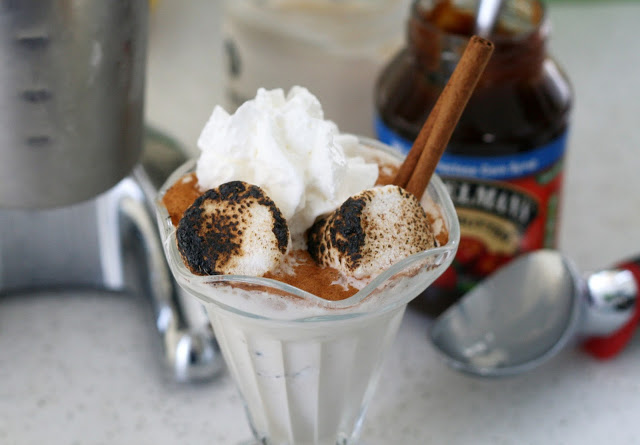 I’ve been a Musselman’s apple butter blogger for a while now and it has been fun developing recipes using their apple butter so when they approached me to develop a summery recipe using apple butter I agreed but I admit I was a little stumped! Apple butter seems so autumnal to me that I struggled a bit to think of a way to pull it into summer. Then a heatwave hit and I knew what I had to make! It is total milkshake weather. To make it even more summery, I added the campfire classic toasted marshmallows to the mix and the result was a sweet, toasty, spicy delight!

Note: I used gelato in this for a lighter milkshake but vanilla bean ice cream can be substituted.