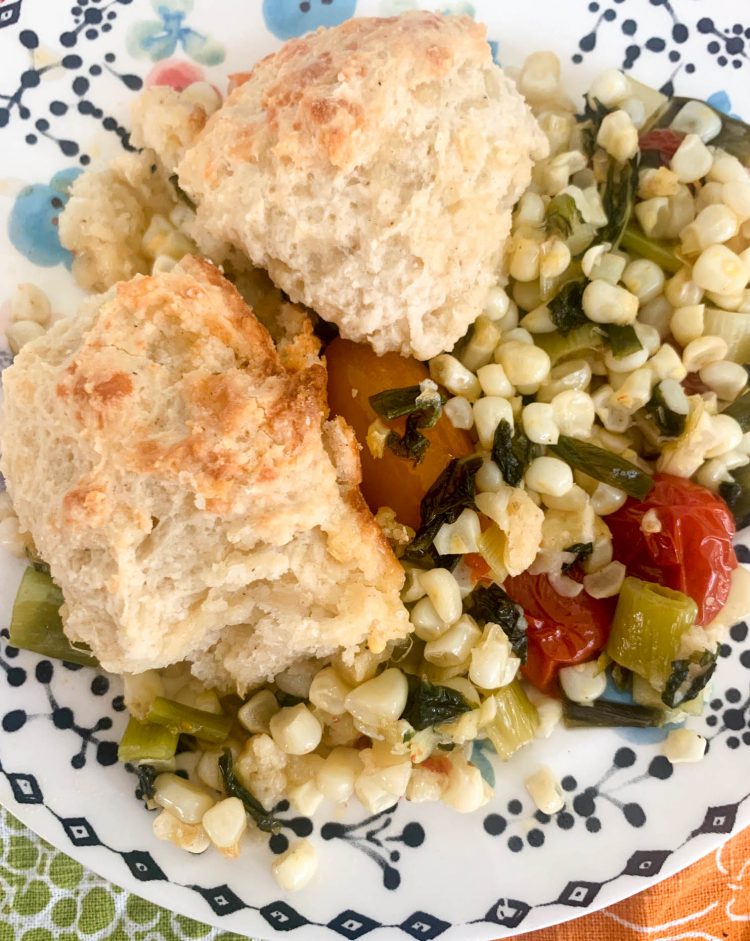 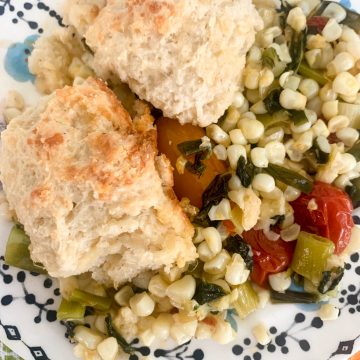 I’ve been working on a project that has sent me deep into some food archives and in one article, a woman talked about making a tomato cobbler. What?!??!? There wasn’t a recipe but obviously I needed to make this. I changed my dinner plans and made this instead. Rather than simply using tomatoes I decided to use the fresh corn and green onions I got in my CSA this week for a really fresh, summery flavor. I think it gave it a much more exciting flavor profile than using only tomatoes, no matter how much I love them. It was very savory but had nice bursts of sweetness thanks to the corn. Using green onions sped up the process too because they cooked in the same time as the tomatoes and corn did–no need to caramelize–so I was able to serve this for a regular weeknight dinner.

Some cobblers have you make rolled biscuits for the top but drop biscuits only make sense to me. Why waste time rolling when you could be scooping and baking? These have cheese and buttermilk in them so they hold their shape and have a super savory flavor.

I really loved this so much! Why aren’t savory cobblers more popular? It was so fun and delicious.