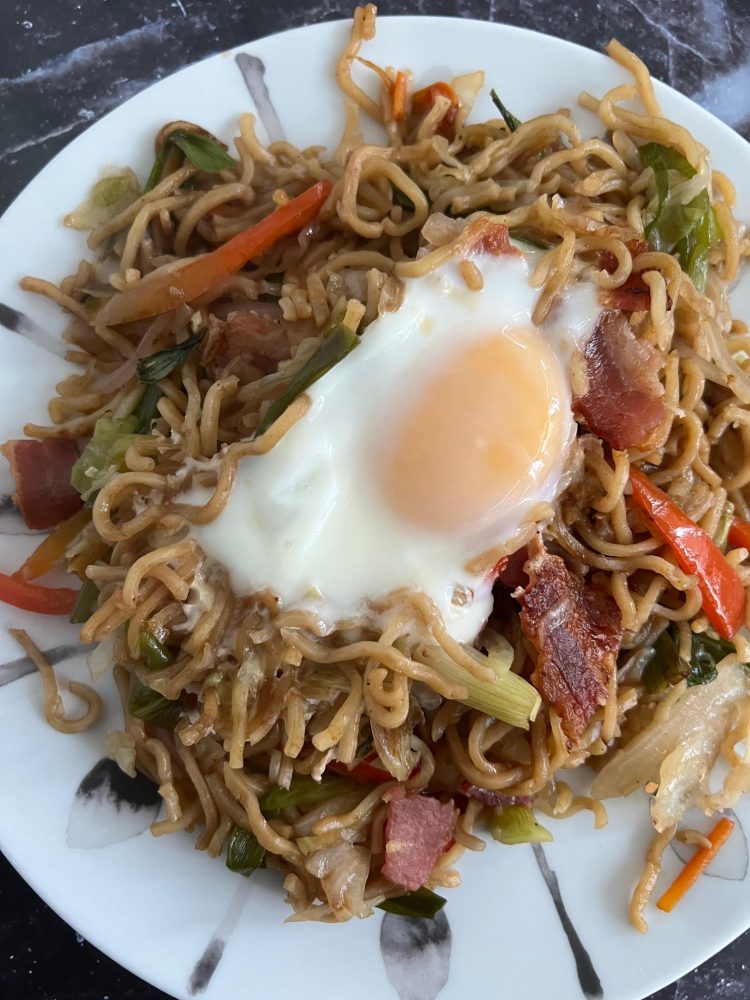 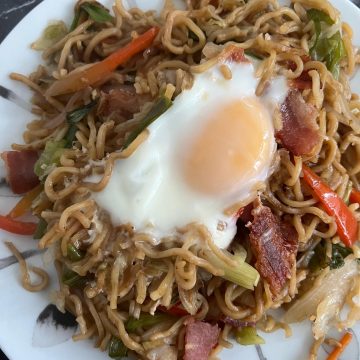 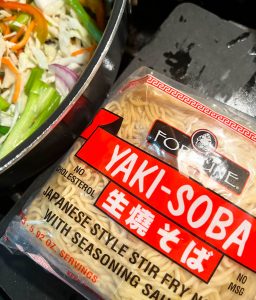 I’ve done contests for Fortune Noodle in previous years with no luck but I couldn’t resist trying again when I saw that one of the categories was breakfast! How fun! I ran through a few ideas but the one that turned out the best and made me happy to have leftovers was this one. It was quick enough to make in the mornings if you are a hot breakfast eater while also being substantial enough to hold you over to your next meal. Since the noodles are fresh and refrigerated, they cook in just a few minutes and I poached the eggs right in the pan shakshuka-style rather than dirty up another pan with fried. 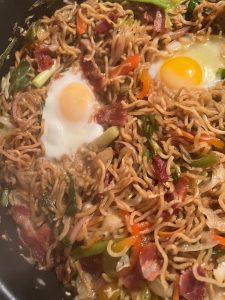 One of the best “discoveries” I’ve made in the last few years was bagged coleslaw mix. I had always thought it was like bagged salad and included dressing but it doesn’t! Each store has its own version and customized ratio but it’s always pre-shredded cabbage (sometimes a mix of red and green) and carrots. I can get this for under $1.50 at Aldi and Lidl which is cheaper than buying and shredding cabbage myself. It is perfect not only for coleslaw but for stir-fried recipes. In this case, you really can wake up and make yakisoba in about 20 minutes because your only prep is slicing the pepper, onions, and garlic. 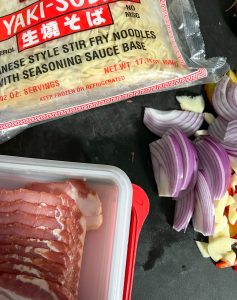 We both really enjoyed it, it had the elements of a typical American breakfast but a lot more vegetables which I really liked. It was such an easy way to increase our veggie intake for the day and the noodles had the perfect texture. It served 3 so I had some leftovers that I heated up in a skillet and even that was delicious three days later! 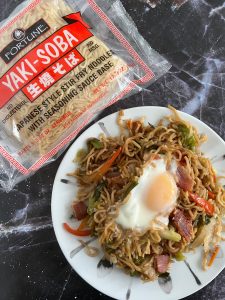