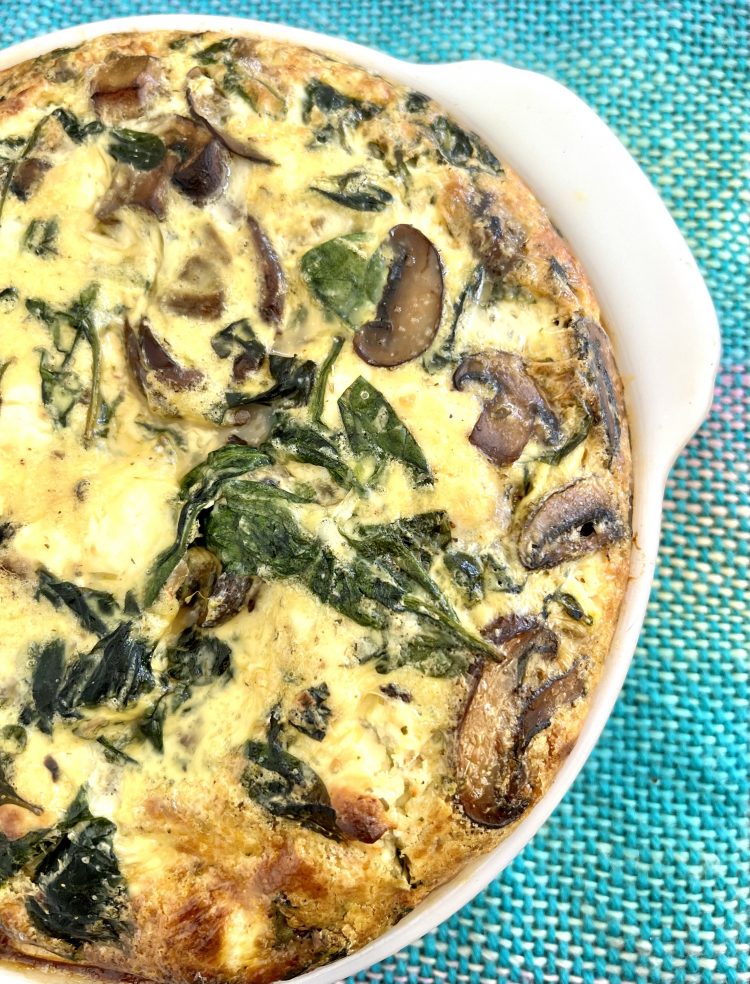 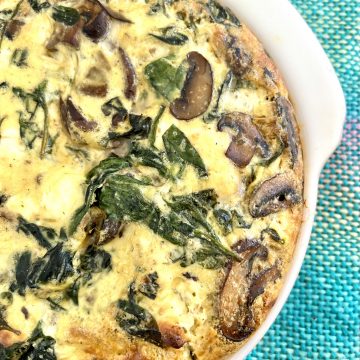 Spinach and Mushroom Quiche with Chèvre and a Potato "Crust"

Layering the potatoes was really easy--I made sure not to overlap too much and then carefully placed it in the oven like this: 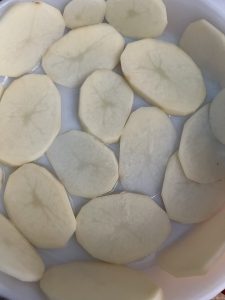 I had a craving for quiche recently and I kept putting off making it because making a crust always seems like a lot of work. I like frittatas, especially baked ones but I sort of like having something between the egg and the plate, you know what I mean? I’ve made crumb crusts before and they are great but I’ve always wanted to make one out of potatoes. I did some light googling and a lot of “potato crust” recipes called for frozen shredded potatoes like what you’d buy for hash browns. That is not something I buy. I guess I could have shredded my own but then I thought why make it so complicated? Instead, I just sliced up a potato to about 1/8-1/4 inch thick, arranged it in the pan with some slices balancing on their ends for the sides and called it a day. And you know what? It totally worked. It actually created a sort of potato shell and when sliced, totally stuck to the quiche and not the pan.

I couldn’t get a great picture of the sides because I am just a woman with an iPhone taking pictures in February on her enclosed porch but trust me, it worked! I suggest using a pie plate with slightly flat sides; I used a round vintage peach lustre Fire King baking dish.

I really loved having the potatoes on the bottom. It didn’t get as watery as cooking them in chunks in the filling and added some texture. The spinach and mushrooms were on point and I love, love, love having dollops of goat cheese in the pan. They give you a massive, slightly gooey burst of earthy cheese that you can’t get from breaking it into smaller pieces and whisking it in.