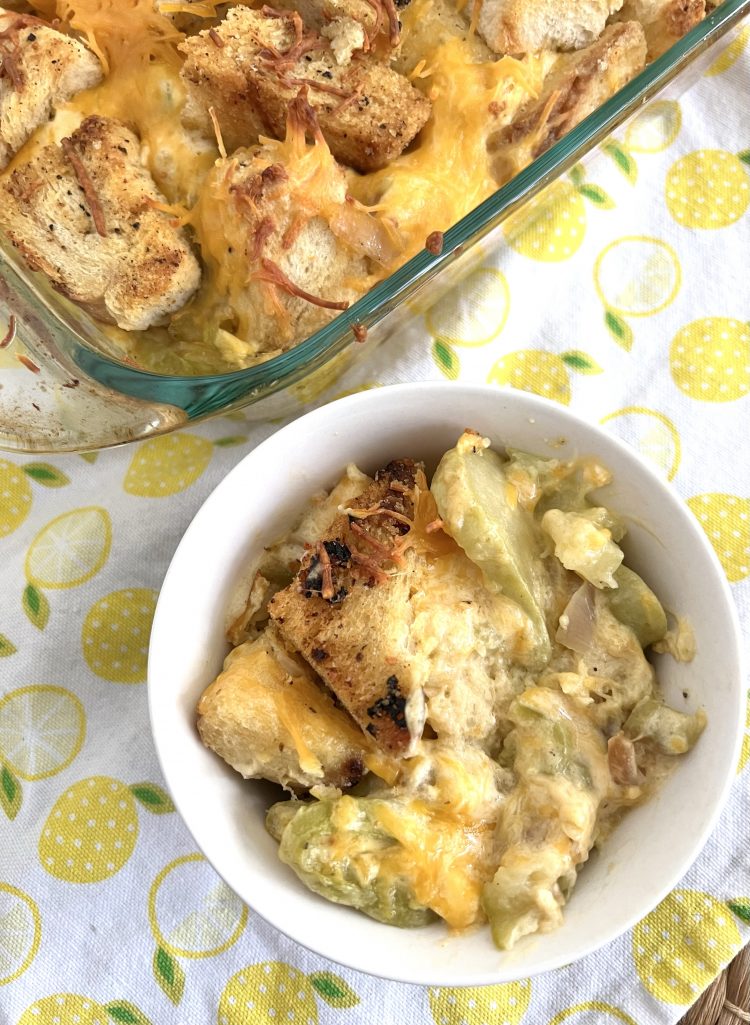 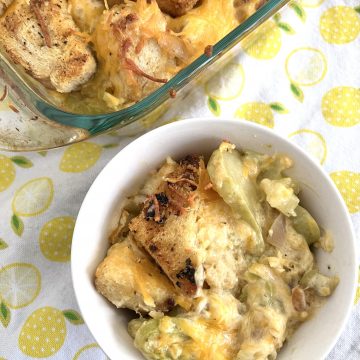 At least 2 hours and up to 24 before you want to serve:

Keyword side dish
I didn’t even think of this as a bread pudding until my husband called it that and then I was like, duh, that’s what it is! I was really looking for a way to use up another loaf of Costco bread (I really enjoy making things with this and created a tag) and the pattypan squash I bought at the farm store. My initial thought was to make a classic Southern-style casserole just top it with jumbo croutons but I had too many so I just stirred them in. The result was, well, a nicely spiced savory bread pudding! I didn’t grow up in a casserole family so I always feel like I’m winging it entirely. I never quite know what it is or what to call it. I always like the results though! I think squash casseroles are normally topped with cracker or bread crumbs but giant croutons are more fun.
The real trick to anything involving eggs is to season the eggs themselves not just whatever they will coat. In this case, I did a healthy shot of hot sauce. It really seeped into every bite giving it a bit of a kick but not overpowering the natural sweetness of the squash.
The original dish was a delight, the leftovers were fabulous. What more could I ask for?