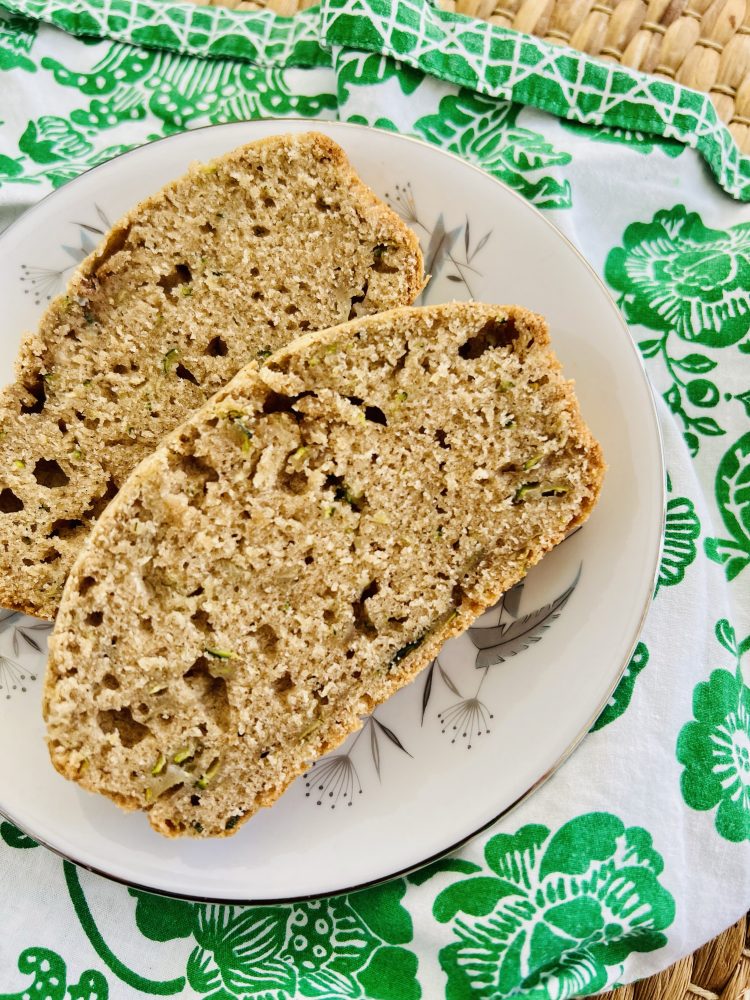 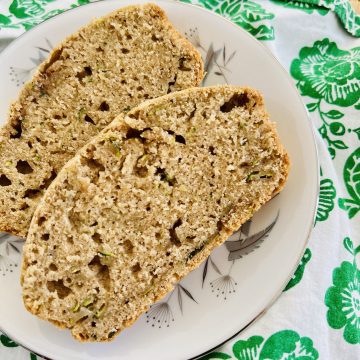 Really, do we need another zucchini bread recipe? There are so many in the world and I’ve even posted a few many years ago. But you know what, why not? I originally made this to use up some sourdough discard and I don’t know if it was the discard or the humid Baltimore summer weather but that didn’t rise. I was so disappointed because I had tweaked the spices to reflect my current obsessions with adding black pepper to things with ginger and mace. I had no choice but to make it again sans discard.

My dad’s birthday was this past weekend and I tried to get him to let me make a cake or buy one but he said he had “desserts in the freezer” (this man freezes everything including cooked couscous). He did let me make some zucchini bread because I had already promised him some when I made the disaster discard loaf. This recipe makes two loaves because I’m not that selfless. I want some bread myself!

I really liked how it turned out. Good spices, light and not oily. So many zucchini bread recipes are so oily! There is still a good amount in the bread but nothing like I see in other recipes. I like it best fresh from the oven and spread with good butter but my husband also likes his toasted with cream cheese. He says I told him about cream cheese on zucchini bread but that’s a filthy lie. I would never. It held up well for about 5 days on the counter in my special loaf (actual) Tupperware. My dad sliced and froze his flat on a baking sheet  before putting the slices in a resealable bag for future meals.