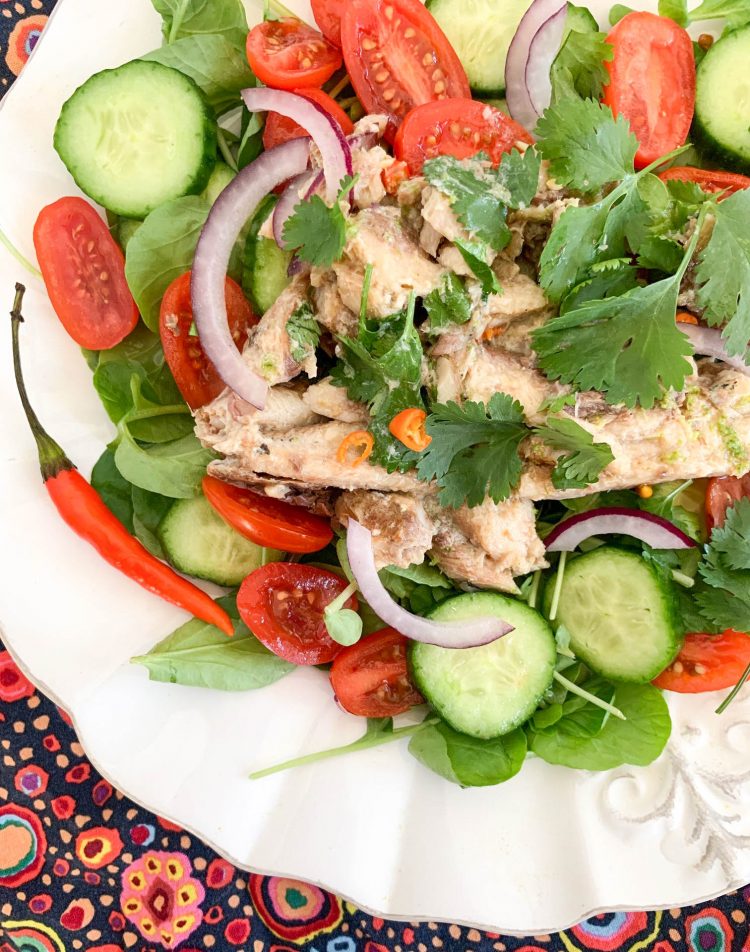 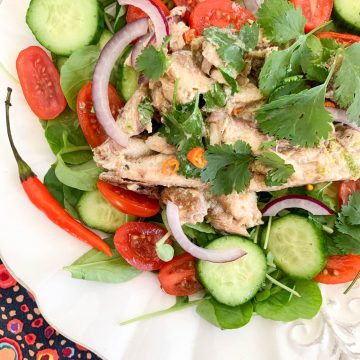 Years ago I had a dish in a Thai restaurant that used what was clearly canned sardines in tomato sauce along with some sort of lemongrass sauce. It was just one plate out of many small ones but. it was so good  I’ve kept that idea in the back of my head for a long time. I don’t claim authenticity but it’s in the spirit of the yam (or yum) “salads” that are a popular part of Thai cuisine.

Canned sardines in tomato sauce are pretty easy to come by but I feel like the tomato sauce makes the final dish seem heavier and I wanted to go for more of a light, salad feel. It might be October but there is still time for fresh salads!

I used the last of the grape tomatoes from my parent’s garden for a fresher tomato flavor. Watercress is one of my favorite lettuce alternatives. All of the regular grocery stores around here have started carrying bags of it near the herbs and I’m so glad. It used to be much more exotic and difficult to find ingredients in the US even just a couple of years ago. I think the “superfood” re-branding has helped stir interest. It has a peppery, robust flavor but the leaves themselves are tender and don’t need chopping, which I love.

The tangy marinade/dressing is very quick to make–I used a ginger grater for the lemongrass–and is a lovely foil for the meaty sardine. I had a very long morning and still was able to make this in just about five minutes for my lunch. It was surprisingly filling and super flavorful.

Note: This recipe originally was for Patrons only!