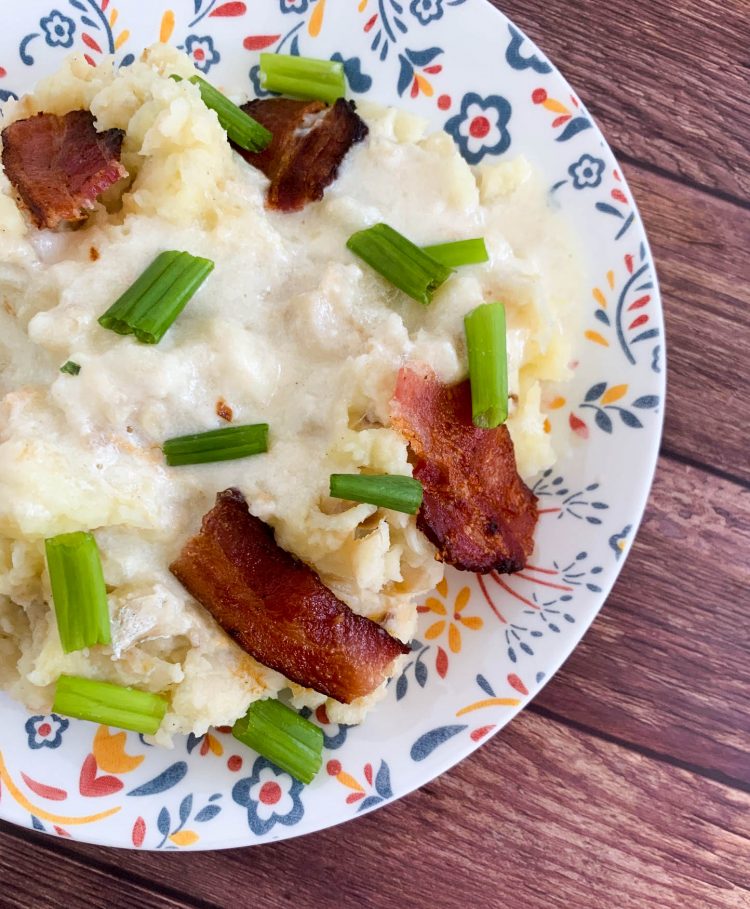 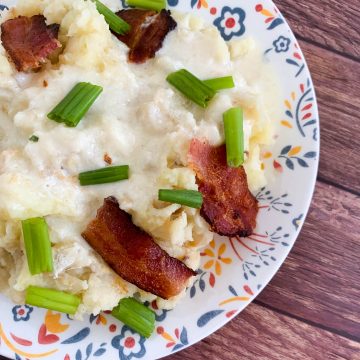 36 hours before you want to make the dish:

The day you want to make the dish:

After poaching, taste your fish before seasoning any part of the dish with salt. I really flushed out the salt during the soaking process so I needed to add some back in. Some brands of salt cod (or pollack) seem to hold onto the salt more.

I had come across a mention of this dish in reading novel ages ago and added it to my “to make” list. In the book, it was described as being a simple, homey weeknight dinner in Norway. Since it had fish, potatoes, and bacon, all things that I love in it, it sounded like a good idea to me.

In Norway, they seem to make it with fresh cod but I used salt cod (well, actually salt pollack which is another flaky, white fish) instead. Salt cod, which has dozens of names all over the world is simply fresh cod preserved in salt. It has a very long shelf life. I have bought the kind that is so dry they stack it in baskets in the open air and the slightly less brittle variety that is sold in bags or boxes and refrigerated. Any can work as you are rehydrating it water for more than a day before using it which also helps wash off the excess salt.

Salted fish keeps many many months so I’ve had this fish for a while in the fridge. The beauty of this recipe and why I think it must be a favorite in Norway is that it really uses very basic ingredients with long shelf lives you probably already have on hand. The only fresh bit was the scallions and I bet some of you still have some in their windmills right now.

I had thought the bacon might be peameal bacon but when I found pictures of the finished dish on Trip Advisor and Instagram, they all used “streaky” American style bacon which was a relief! I always have bacon in the freezer so I let that defrost while I soaked the fish.

The trick in getting the right texture (i.e. so it isn’t mush) is to mash the potatoes then just gently fold the cooked fish into the potatoes, not mashing it all together which might be your first instinct. This way you get nice chunks of fish in each bite.

Some recipes I found online (and used google translate for, my Norwegian is negligible) called for you to bake the fish in milk but I found it was easier to just gently poach it on the stovetop since I was there frying bacon anyway and could keep an eye on it. Either way, I think adding the fish milk to the potatoes really tied it all together and I could make the gravy in the same pan I poached the fish in so fewer dishes to dirty.

The resulting dish was really cozy and comforting. It was not what I would call a real flavor explosion due to the lack of a lot (pretty much any) spices but the bright flavor from the scallions, the smoky fatty bacon, and the potatoes and gravy are really richly flavored from the fish pull together to make a dish that is deeply satisfying. I was very skeptical it would make a good weeknight meal but it really only took about 30 minutes if you don’t count the soaking the fish time over the weekend. I  would totally make this again, with salt or fresh cod.

Note: This first appeared on my preserved fish Patreon over a year ago.