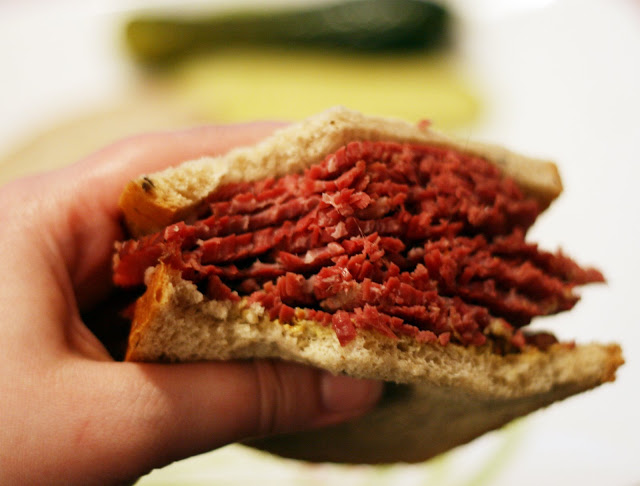 Directions:
Place the brine ingredients in a large pot. Bring to a boil. Boil for 5 minutes. 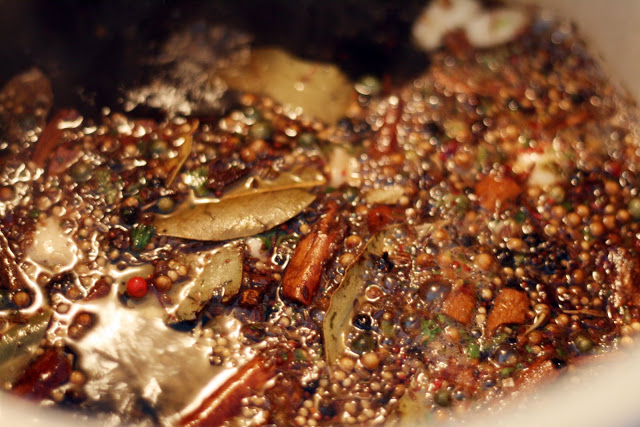 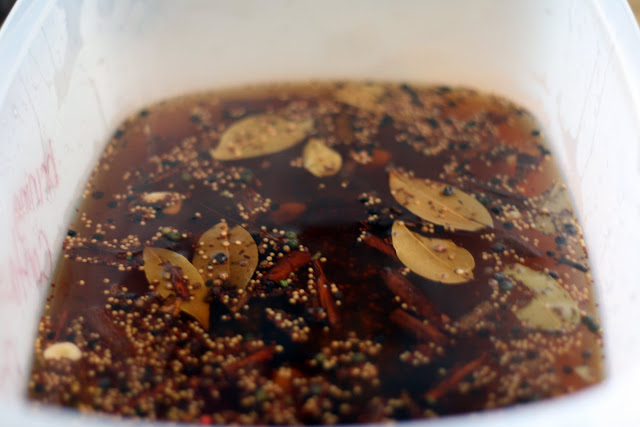 I cannot recommend this container enough. It was the perfect size and believe me, it is harder to find a container that was actually air-tight and big enough to hold quarts of brine and a large cut of meat than you would think. 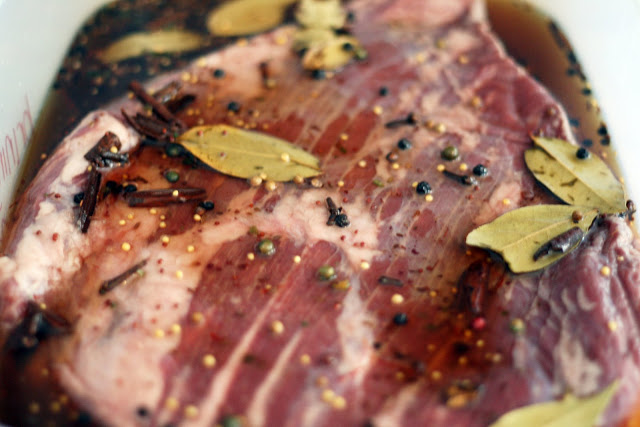 Weigh down the meat with something non-reactive and heavy. I used a gallon-sized plastic resealable freezer bag filled with cool water. Refrigerate. Once a day, flip the meat, re-weigh it down and continue refrigerating it. This is to make sure both sides are evenly brined.

After 12 days, remove the meat from the brine. Discard the brine. Add the meat and the cooking spices to a very large (I used this 16 quart lobster pot)pot and fill with water. Boil for 3 hours or until the meat is tender and sort of flakes when you poke it with a fork. Allow to cool. When cool, scrape off any loose bits of fat and discard them. Slice the meat across the grain with a very sharp knife or meat slicer. I borrowed this meat slicer and it worked pretty well slicing the meat to deli-thinness. 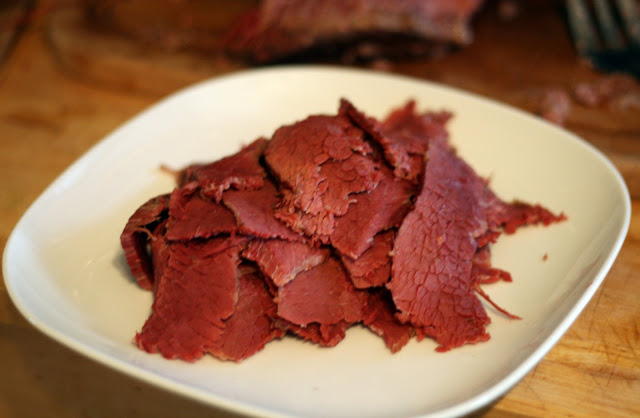 *Sometimes called “pink salt” or “curing salt” this is a perservative that helps the meat retain the pinkish color. I had a hard time finding it locally but I finally found it for sale from this website. 8 oz is only $2 and is enough for dozens of curing experiments.

There were times when I was making the corned beef I felt slightly insane. After all, I am lucky enough to live in a city with a good deli so it wasn’t 100% necessary that I make my own corned beef from scratch. Luckily, after the weeks long, insanity inducing hunts for a brining container and sodium nitrate were over, the actual corning of the beef was really easy. Really, really easy. The brine was simple and while flipping the meat every day was one more thing to remember it wasn’t time consuming. At the end of the 12 days you just boil it until tender.

I wasn’t sure what spices exactly went into corned beef the few recipes I could find that didn’t call for pre-brined meat just called for “pickling spices”. What exactly was in those pickling spices wasn’t really clear. So I just picked spices that I thought would make for tasty meat and hoped for the best. I then waited a long 12 days to try it and well, it totally worked. It was the best corned beef I have ever had and I have had a lot of corned beef. It was melt in your mouth tender and had the most perfect straight-from-the-deli flavor. Well worth the effort.