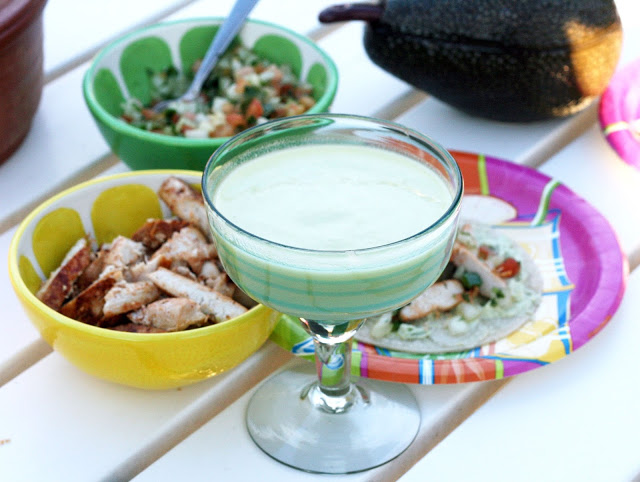 Directions:
Soak the jalapeno in tequila for 1 hour, then muddle it. Strain out the jalapeno and discard it. Add the infused tequila and remaining ingredients to a blender. Pulse until smooth. Serve immediately.

When my husband lived in Austin he became a big fan of avocado margaritas. They aren’t quite as popular up here in Baltimore but luckily they are easy to make at home. All you need is a few ingredients and a powerful blender. We like them spicy so we soaked a jalapeno in the tequila first which added a gentle kick.

Baltimore-based Terra’s Kitchen just started expanding their meal-kit delivery service to the DC/Nova/Richmond area in March. Previously, they were only available on the West Coast. They asked if I’d be interested in trying them out and developing a cocktail to accompany the meals. An avocado margarita seemed like the perfect pairing for any other three meals I was sent: Grilled Chicken Tacos with Avocado Goat Cheese Sauce, Southwestern Steak + Sweet Potato Bowl, Honey Mango Glazed Salmon + Blueberry Citrus Rice. Of course, I make a lot of our meals from scratch but with Matt back in school for yet another degree, we’ve been looking for short cuts. I’ve used another meal-in-a-box company before and it was okay but I was intrigued by Terra’s Kitchen’s promise of meals in 30 minutes, locally sourced foods, prepped ingredients, whole ingredients and their innovative vessel.

The vessel is basically a large, rather heavy cooler with shelves and reusable ice packs. The food comes in recyclable bins but the vessel and ice packs can be used up to 100 times. It comes with a free Fed Ex return label. All you have to do it put it outside the next day (or Monday if your delivery is on a Friday) and it gets picked up and returned to Terra’s Kitchen to be sent out again. So much less waste than other meal-kit options. It kept the food super cool as well. In the box were also the recipes developed by chef and cookbook author Libbie Summers; wine and beer pairings; and cards talking about the inspiration behind the recipe and a little card that had trivia and facts about the ingredients. A cute idea and a conversation starter. 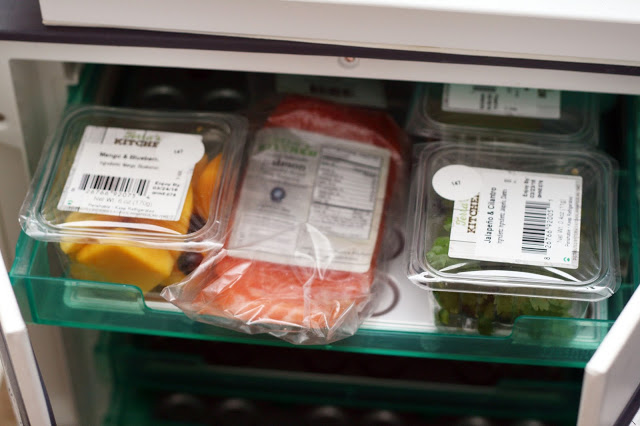 The first dish I tried was the Honey Mango Glazed Salmon + Blueberry Citrus Rice. I was impressed by the minimal (as possible) packaging. The parsley and blueberries were in the same box which was nice, it would be silly to have packed such tiny amounts in separate boxes. The dish did come together in 30 minutes and required very little prep on my part. Just chopping the mango, blueberries, and parsley then blending some of the mango with the honey in the blender. I liked how the mango did double duty by being in both the sauce and the salsa topping. Having fruit in the rice was interesting too, my first impulse would have been vegetables but I quite enjoyed it. 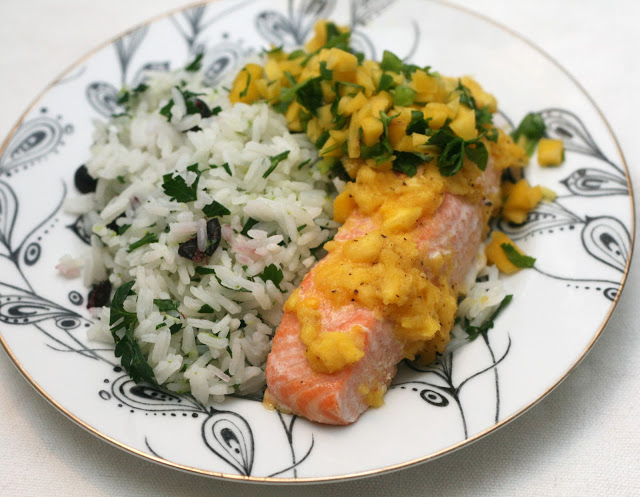 The second dish was the Southwestern Steak + Sweet Potato Bowl. This one was super easy because the sweet potato was already cubed into the perfect size to cook in 30 minutes. All I had to do was quickly make a spicy paste for the steak, grill it and cube an avocado. Super quick. I really liked the skirt steak, it was very juicy and flavorful without being greasy. It made me want to make steak more often. 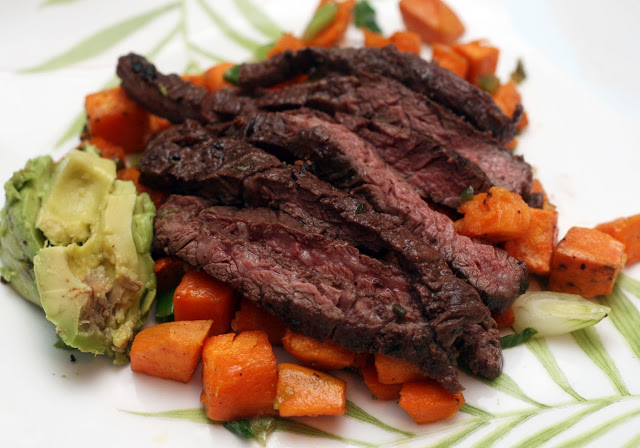 For the final meal, Grilled Chicken Tacos with Avocado Goat Cheese Sauce, Matt and I decided to make a “date night” out of it and made the margaritas and had a picnic. The meal came together quickly and was easily adaptable. The recipe suggested cumin on the chicken but we had spicy chili powder so we added that for spice. I really liked the tangy avocado goat cheese sauce, it was thick and kept the taco from falling apart. Another major plus to this recipe? The fresh pico de gallo came prepared. This made the recipe even quicker than 30 minutes to make. 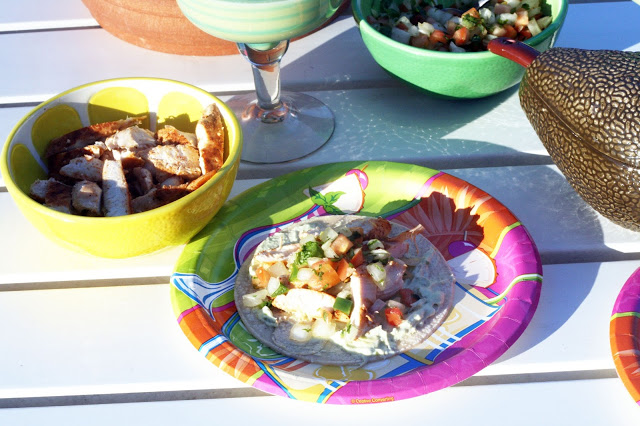 I was really pleased by my Terra’s Kitchen experience. Another thing I liked about the service is that you have tons of recipes to choose from each week and they are all individually priced rather than having a flat rate. So if you want to splash out and have a steak dinner you can but you aren’t paying a premium for meat if you are making mostly vegetarian dishes. They also offer snacks which is a fun idea. I used the two-person option but four-person boxes are available too, perfect for families or a couple who likes leftovers.

This is a sponsored conversation written by me on behalf of Terra’s Kitchen. The opinions and text are all mine.