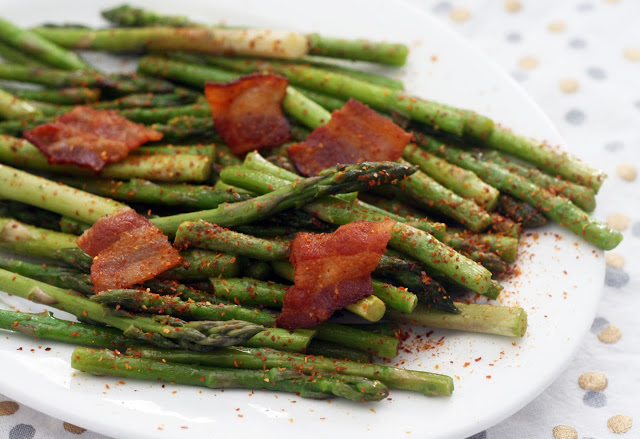 One of my favorite yakitori dishes is bacon-wrapped asparagus served on a skewer. It is so simple but so good, especially when they go the extra step of sprinkling it with spices. I was going to make that but the asparagus I had was so skinny, it was unskewerable. So I took the idea and made this sauteed version instead. Just as good but a little easier, making it a great choice for a weeknight side dish. The  ichimi togarashi adds some heat but not overwhelmingly so letting the asparagus really shine.