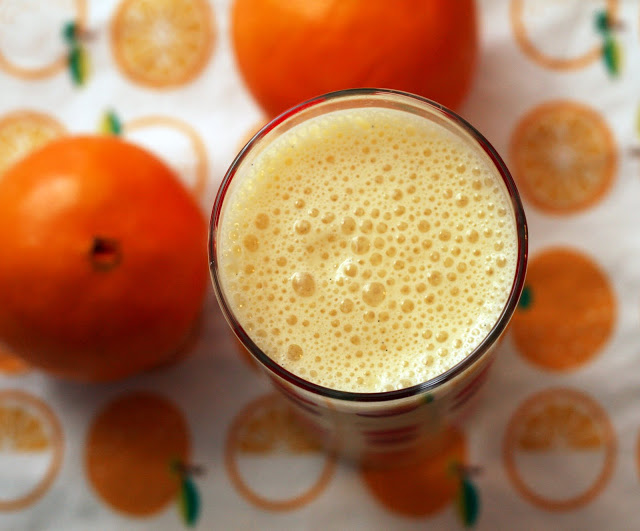 Directions:
Add the frozen concentrate, milk, water, sugar and vanilla paste to a blender. Blend until smooth. Add the ice cubes one at a time, pulsing at each new addition. Serve immediately.

Every year we have a themed meal from a different decade. This year it was the 1920s and I made a ton of food that was popular or invented during that time.

Orange Julius first made it on the scene in the late 1920s. Julius Freed had opened a orange juice stand in 1926 but it wasn’t until 1929 when he and a business partner wanted to make a lower acid orange juice that the Orange Julius was born and the business took off. Legend has it that the drink got its name from customers going to the stand and demanding “Give me an Orange, Julius!”. At any rate, it is a tasty drink with a cute name that went on to become the official drink of the 1964 World’s Fair and is still found in malls all over the country.

The recipe is a closely guarded secret but with a little experimentation, I came up with this homemade version. The powdered sugar helps give it the signature frothy texture and dissolves quickly. Nobody likes a gritty drink!