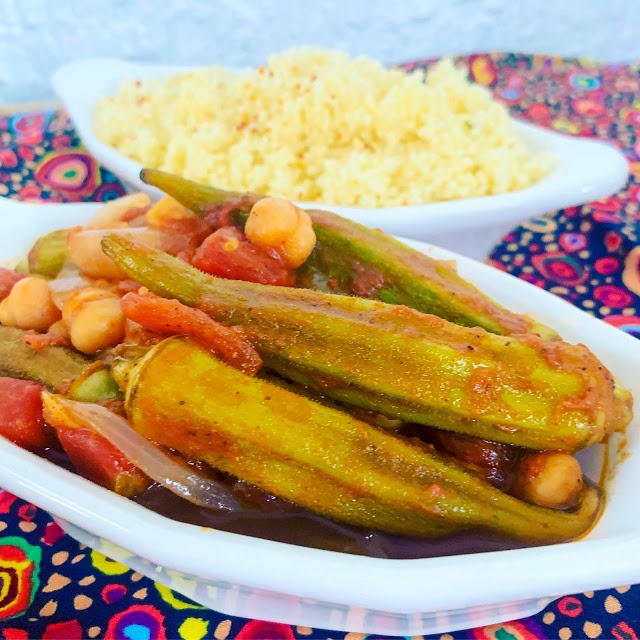 In a medium pot, saute the onion and garlic in olive oil until the onion is translucent. Add the okra and saute 2 minutes. Stir in the remaining ingredients. Cover and simmer 10 minutes. Remove the lid and simmer until the liquid has reduced by half. Serve immediately.

*aka bahārāt, mine was a mix of allspice, black pepper, cinnamon, ginger, cloves, nutmeg, and mahlab 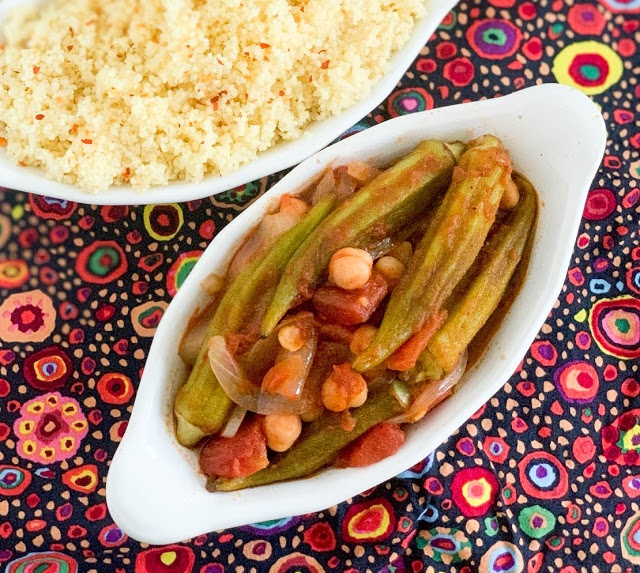 I know okra can be a bit of divisive vegetable but I love it. It’s finally in season now so it is the perfect time to experiment with a new recipe. Frozen okra is fine in a pinch but fresh okra has such a delicate flavor and an amazing crisp texture that its a shame not to take advantage of its availability.

We went to a new to us Mediterranean grocery this weekend that had a ton of Lebanese ingredients so I stocked up with a few essentials including this spice mix and some mahlab. I had the okra at home so I thought I’d make a version of the okra stew that is so popular in that region. When I’ve had it, it has had beef or lamb in it but since we were also grilling some beef kofta, I thought I’d make a vegetarian version and used chickpeas to bulk it up a bit. Normally I think I’d serve it with rice but we are oddly out of all rice except Japanese short grain so I made some spiced couscous instead. I served it as a side and had a massive amount of leftovers but it would also make a wonderful main dish. It’s fresh-tasting (bonus points if you use fresh tomatoes) and full of warm spices. A real pleasure in late August.