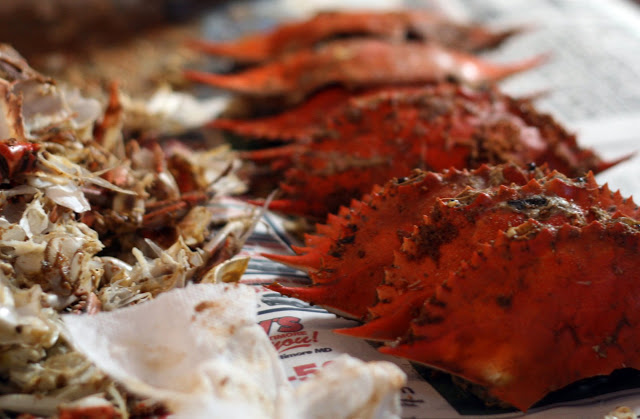 Picking crabs is time consuming. Unless you are a professional, plan to spend the bulk of an afternoon or evening picking crabs.

Your hands will get very dirty. I find it is difficult to eat anything but crabs while you are picking unless you’re willing to get up and wash your hands frequently. If you want to serve other food, I suggest serving it before or after the crabs.

Avoid touching your eyes while picking, seafood seasoning burns. Also, it is not uncommon to cut your finger on a shell but it is generally no worse than a papercut.

Step One:
Cover a large dining surface with a thicker than you would think layer of newspaper. It really is best to do this outside on a picnic table if at all possible. If not, resign yourself to cleaning the floor afterwards. 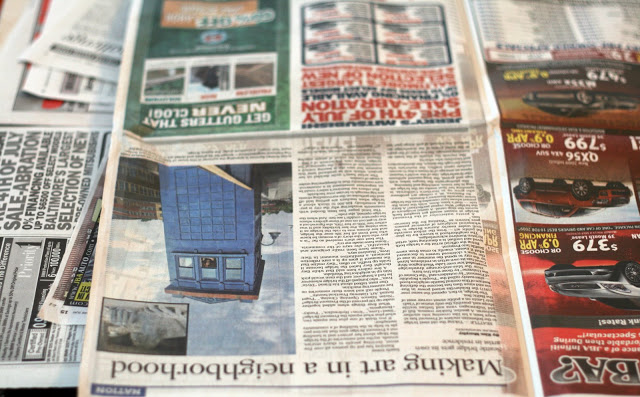 Step Two:
Pick out a crab. Try and get one that has both claws and feels “heavy” before someone else does.

Step Three:
Bend or twist the legs and claws to snap them off at the body. Some times a bit of crabmeat will come off with the legs or claw. Eat it. Set the claws aside. There is not much meat (if any) in the legs so I just push them aside. 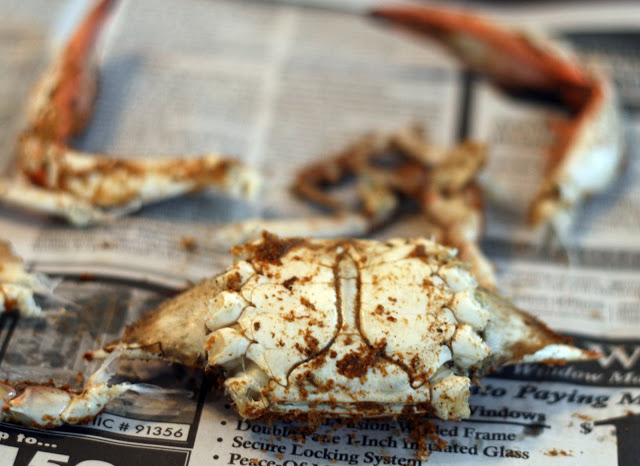 Step Four:
Pull off the “apron”. Some people use a butter knife for this but I am a purist and only use my hands. Simply slip your finger under the edge of the point and pull down. It should pull off easily. 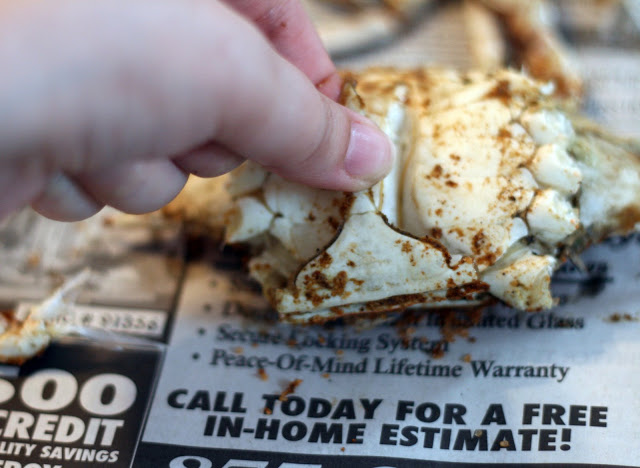 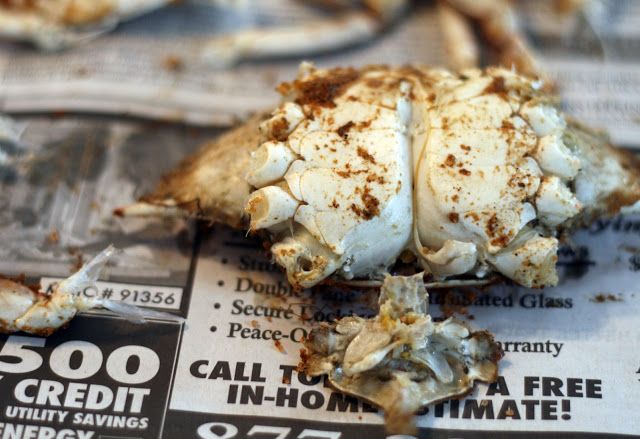 Step Five:
Pry the shell away from the body. The easiest way is to use both hands and pull the crab halves in opposite directions. 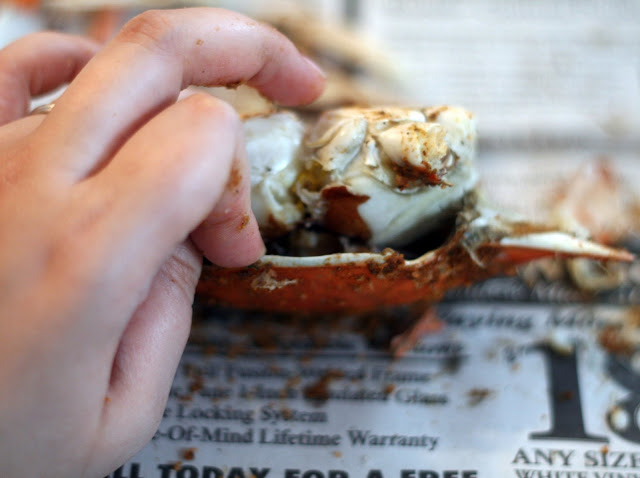 Step Seven:
Flip the crab over. 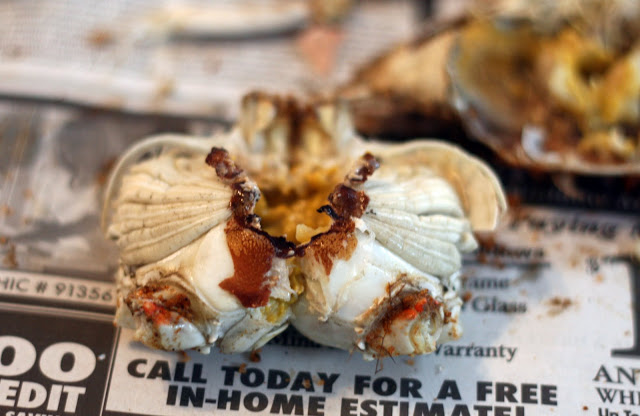 Remove the squishy, grey gills. They pull off very easily. Discard them. The yellow stuff is colloquially known as the “mustard” and is edible. 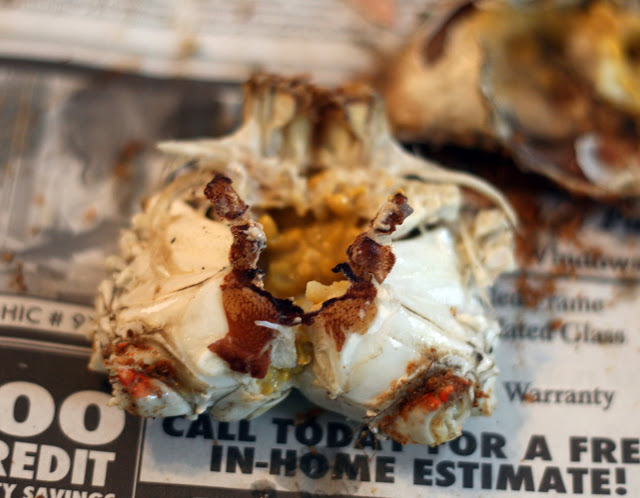 Step Eight:
Crack the crab in two. Pull out any loose crabmeat and eat it. 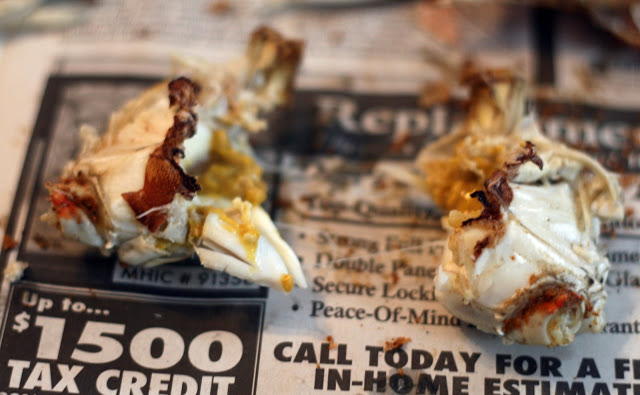 Crack the halves and extract the meat. Again, some people use butter or crab knives but I find that fingers work just fine. Eat the meat as you go. 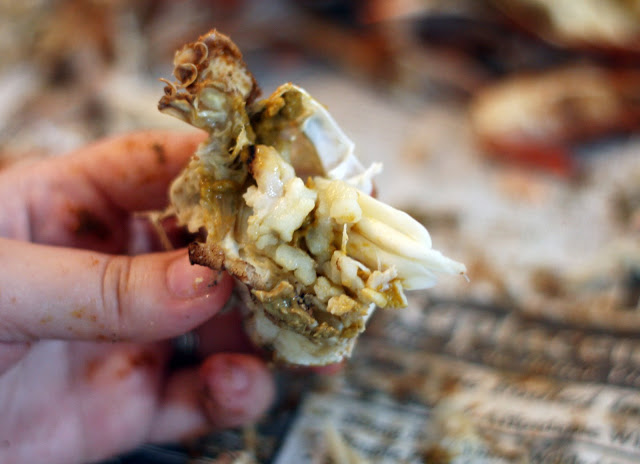 Step Nine:
Hold both sides of the crab claw and break off the part that I am holding in my fingers. 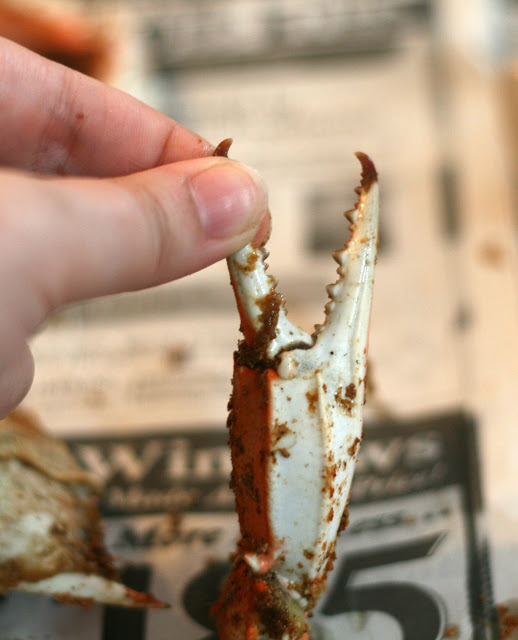 The meat should come off on the claw. If not, break the claw with your mallet. 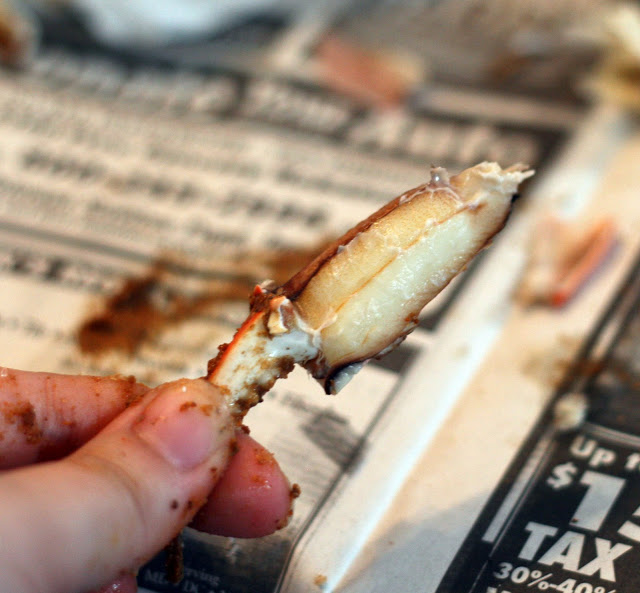 The other half of the claw has meat as well. Break it off at the joint. If this doesn’t yield meat, hit it with your mallet. 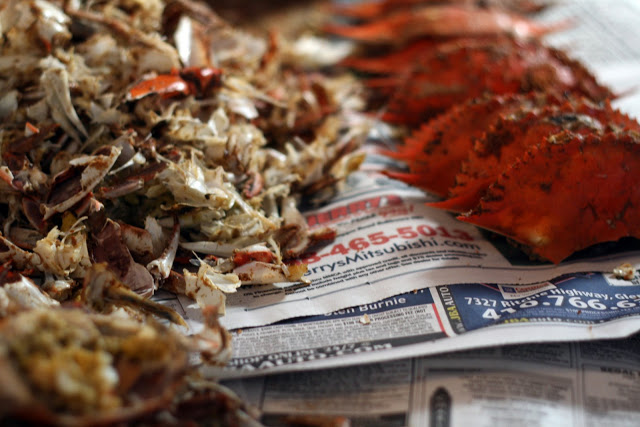 Steamed hard shell blue crabs are a staple here in Baltimore and I think us natives possess innate knowledge of how to pick crabs. However, I realize that this isn’t true of many people, my husband included. Last year I posted a how to steam crabs that was well received. After that post, I got quite a few requests for a how to pick crabs post. I had tried to take pictures of the picking process at the time but it is hard enough to photograph yourself but covered in seafood seasoning? Nearly impossible. So I waited until we had crabs again and tried again with much more success. Having a crab feast is a lot of fun and it is a shame to miss it because you are crab-wary! Now everyone has a slightly different crab picking style but this is all you really need to get the most out of your crabs. 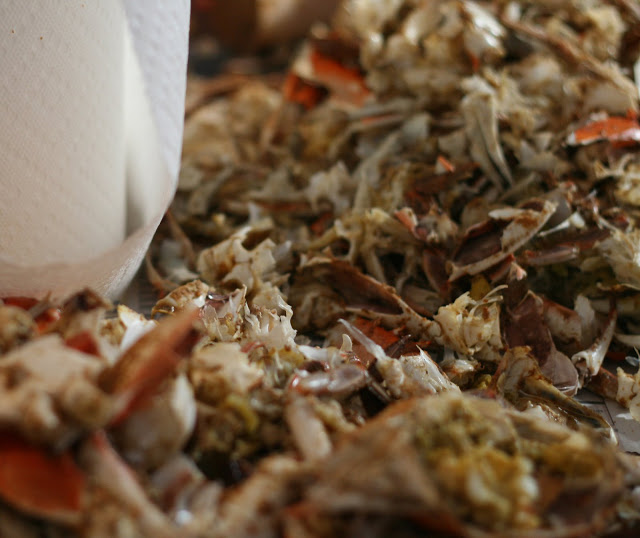