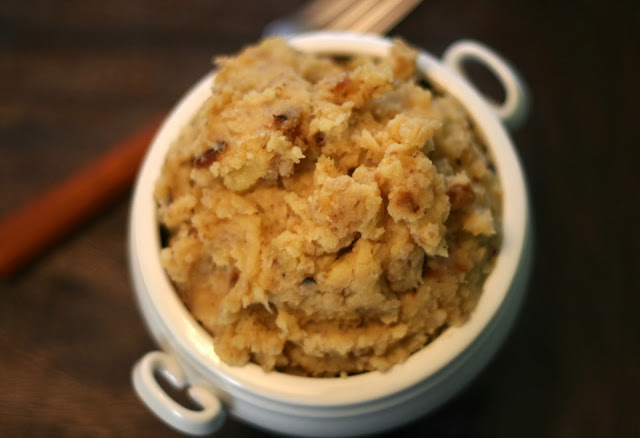 Directions:
In a large saucepan, saute onions in oil until blackened. Beat the egg into the kasha in a small bowl. Add the kasha to pan and saute with onions until the kernels begin to separate, 5-10 minutes. Add broth cover. Simmer over low heat until kasha is tender and all of the broth is absorbed. Meanwhile, boil the potatoes until fork tender. Drain and mash the onions and kasha into the potatoes until fairly smooth.

Every year I come up with a new theme for Thanksgiving. One year it was kitschy Hawaiian inspired recipes, last year it was Polish food, the years before that  featured figs, pomegranate, tangerines, and apple cider. This year it was clear what the theme would have to be. Thanksgivukkah! Thanksgiving and Hanukkah won’t fall on the same day again for 77,798 years. The last time it happened was in 1888. The idea of combining two of my favorite food holidays was too hard to resist.

First up is knish-inspired mashed potatoes. I’ve made knishes before, and of course had them tons of times at various delis and always enjoy them, but let’s face it, the best part of a knish is the filling. This filling tastes like the perfect kasha (aka buckwheat groats; added bonus? this recipe is gluten-free) knish but without all that pesky dough.

Let the lead up to Thanksgivukkah begin! 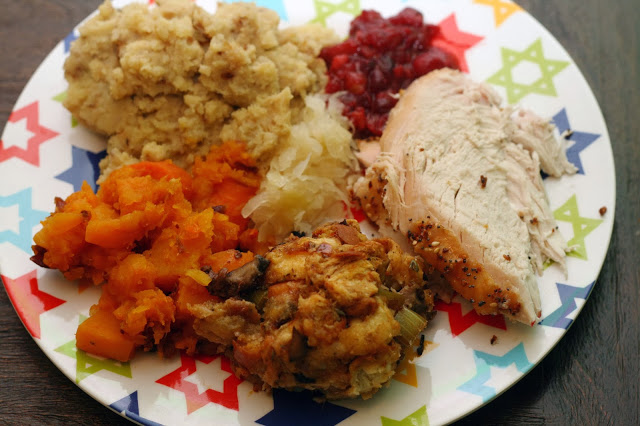