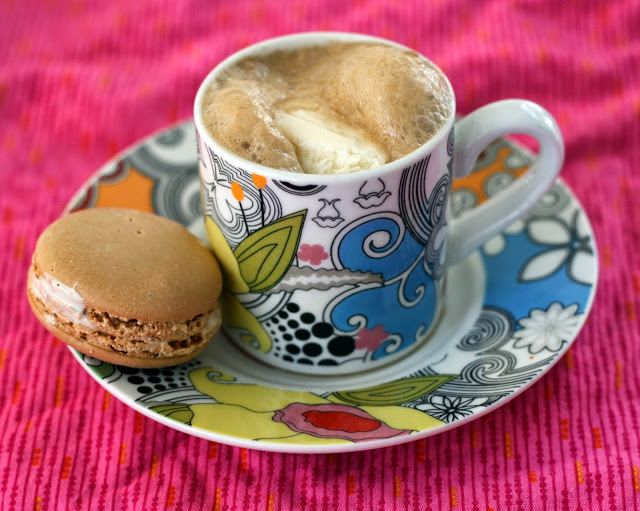 Whisk the confectioner’s sugar and almond flour through a fine sieve (this took forever) into a large (preferably glass) bowl. In a large bowl or the bowl of standmixer, beat the eggs and cream of tartar until frothy. Slowly stream in the superfine sugar and turn on high. Beat until stiff and glossy. Scrape the egg whites into the bowl with the almond-sugar mixture. Fold in egg whites. Add the root beer concentrate. Fold into the batter until it forms a ribbon and streams off the spoon in a solid sheet, about 3 minutes. Transfer the batter into a pastry bag outfitted with a 1/4 inch tip. Hold the tip about 1/4 inch over the baking sheets and squeeze (without moving) until a 1 1/2 inch circle forms. Repeat for remaining batter.

Preheat oven to 300 using the convection oven setting. Allow the circles to sit, at room temperature (I turned on the ceiling fan to speed this along) for about 20 minutes or until they are no longer sticky to the touch. Bake 18 minutes or until risen and a “foot” (the rough bit at the bottom) appears. Remove using a thin, metal turner to a cooling rack. Cool completely. Ice the inside of one cookie then sandwich with a second.

*I put 1/4 cup regular, granulated sugar in the blender and pulsed a few times then re-measured. 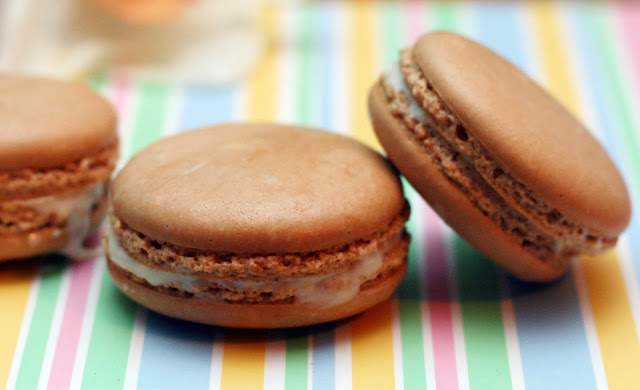 I had never tried to make macarons until today. I have bought them loads of time (even in Belgium!) but I had never been tempted to make them until the fine people at Sucré invited me and 12 other bloggers to compete in a macaron making contest. I tried their macarons (loved the Easter flavors!) and then tried to think of a fun flavor to make myself. Root Beer has been on the brain since I made that brittle so Matt suggested I make root beer float macarons! Yum! So I made root beer flavored shells with marshmallow centers to mimic the “float” in the root beer float. I was a little worried but they look and taste like real macarons!

If you like what you see (and make, try these, they are tasty and way easier than I expected) vote for my recipe here. 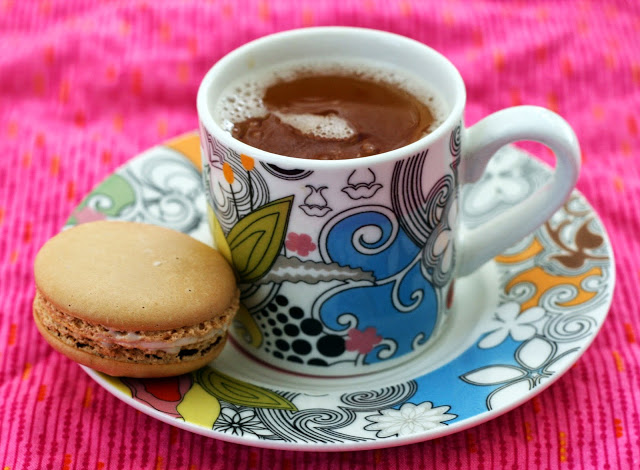