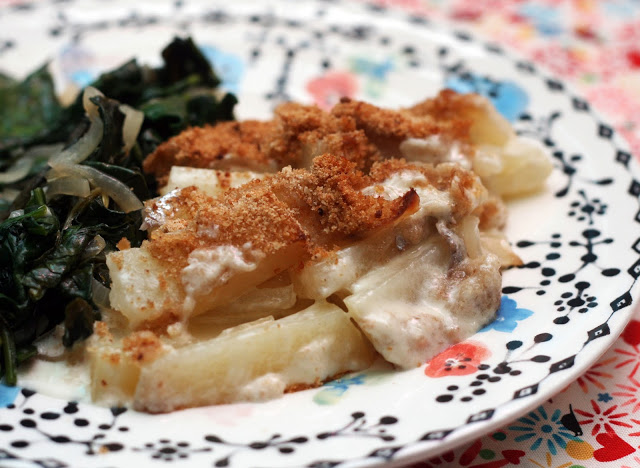 Saute the onion in butter in a medium pan until soft and translucent but not browned. Sprinkle with pepper.  Place a layer of potatoes in the bottom of the baking dish. Layer with onions, then potatoes, then sprats until all is gone, ending with potatoes. Pour the juices from the tin over the potato mixture if desired. Pour the cream over the top until you can just begin to see it through the potatoes. 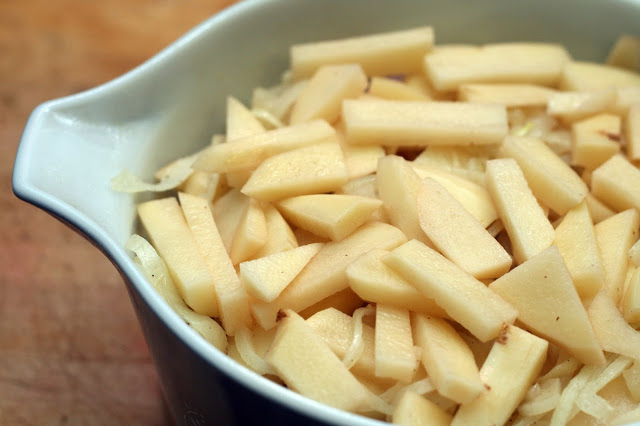 Top with bread crumbs. Bake until the potato is tender, about 1 hour. Check at about 30 minutes and if the top is browning, cover in foil until fully cooked, removing to brown if needed for the last few minutes. 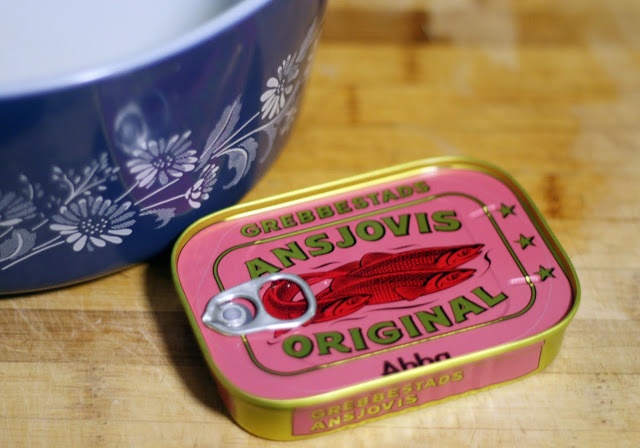 I’ve been wanting to make this for years! I’ve had it at various smörgåsbord but the key ingredient-the sprats-aren’t super available here in Baltimore as we do not have much of a Swedish population. Luckily, this year when we went to the Swedish holiday bazaar, a man was there selling not only the usual candy, jams and mixes but tins of sprats! Score!

Side note: you can buy them online on Amazon and on various Swedish/Scandinavian online groceries but they are pretty pricey to ship as they need to be kept refrigerated. Or try Ikea, where they sell their own version under the name skarpsill, seasonally.

Janssons Frestelse (translated as Jansson’s Temptation) is most often served at the julbord, the Christmas smörgåsbord but from what I can tell, it is also popular at other holiday celebrations like Easter. It is a homey casserole, similar to scalloped potatoes but with one major addition: salty, sweet, spiced, lightly pickled sprats! It sounds a little nuts but it really is good; lightly sweet but very savory. If you can find the ansjovis (remember–it is sprats, not anchovies!) it is well worth making and a welcome addition to any holiday table.