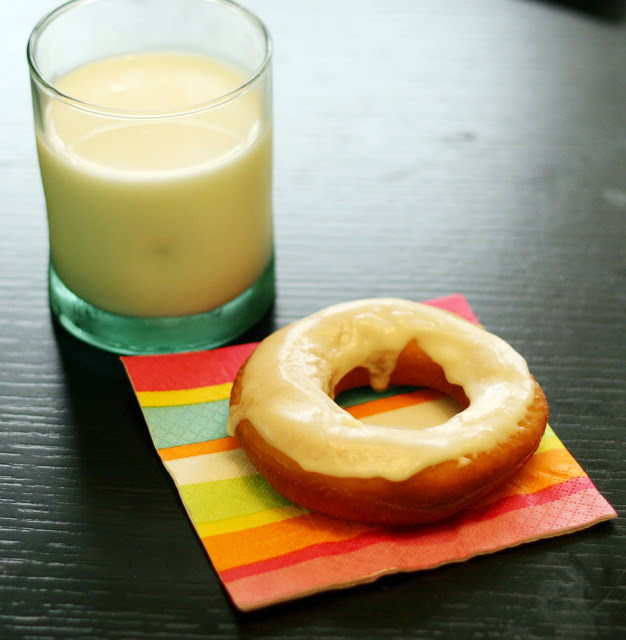 for the frosting:
Beat all ingredients together until a spreadable icing forms.

For the doughnuts:
In a small bowl, sprinkle the yeast over the warm cider in the bowl of a stand mixer or large mixing bowl. Let stand until foamy, about 5 minutes.

Add the flour, remaining cider, milk, butter, egg yolks, sugar, and salt until you have a soft, elastic dough that comes together easily into a ball.

Place the dough in a greased bowl and cover with a tea towel or plastic wrap. Let the dough rise until it has doubled in bulk, about 1 1/2 hours. 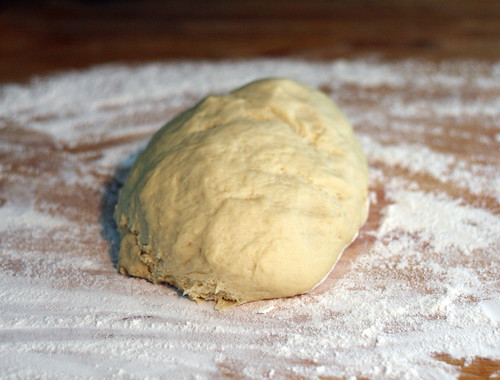 Flour a clean work surface. Place the dough on the surface and roll it out. Roll until it is about 1/2 thick. Cut out doughnut shapes. Do not reroll to dough. 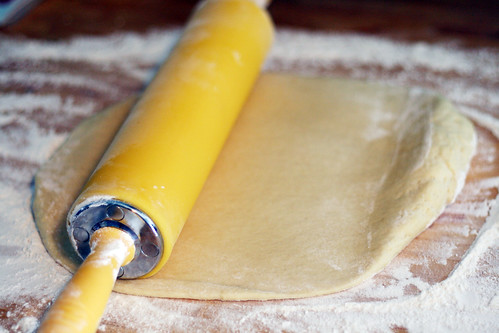 Place them on a parchment or silipat lined cookie sheet, cover again with the tea towel and let them rise 15-30 minutes. They should look puffy but don’t need to have doubled. 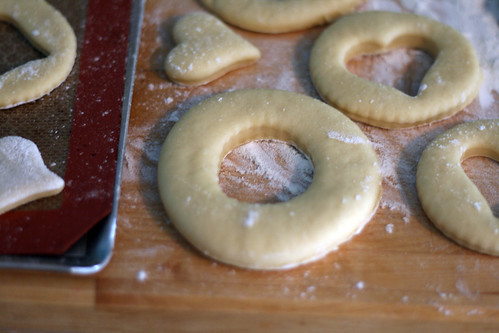 Meanwhile, heat (to 350) about 3 inchs of oil in a heavy pot. Fry the doughnuts (2 or 3 at a time works well) flipping at least once to insure that they are golden brown on all sides, about 2 minutes. 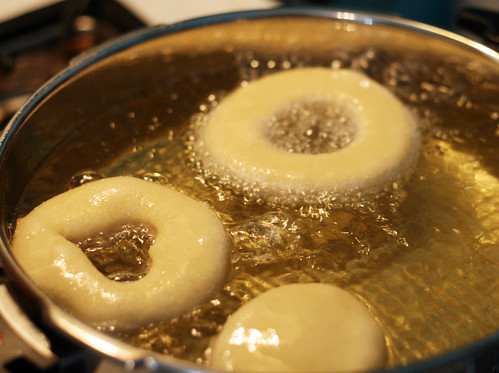 Drain on paper towel lined plates or baking pans. Repeat for remaining doughnuts. Frost cooled doughnuts if desired. Eat the same day they are made. 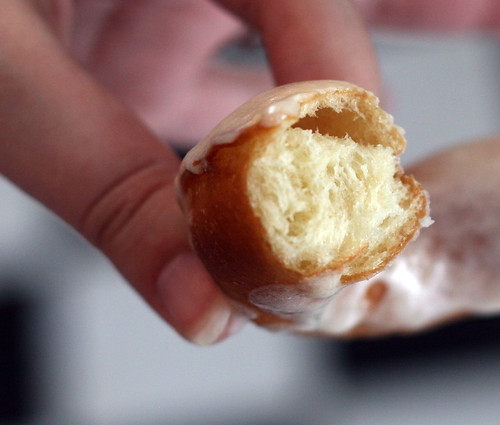 Cider doughnuts are an Autumn classic found at apple orchards and farmers markets all over the US. Traditionally cider doughnuts are cake doughnuts (doughnuts made with baking powder rather than yeast) but I vastly prefer the texture of yeast raised doughnuts. For that reason I came up with this recipe that has the subtle sweetness of the traditional cider doughnut but instead of being dense and cakey, they are light and fluffy.

Doughnut making is so rewarding, hardly anyone makes doughnuts at home anymore so it seems like an especially special treat. The dough is very easy to work with and it is almost magical how they transform from cut up dough to doughnuts in just a couple of minutes in the pan.

The flavor of these doughnuts is wonderful, the doughnut itself is just barely sweet but full of cider flavor and the sweet icing complements them perfectly. You could also dip them in granulated or confectioners sugar if you want to skip making icing but you’d be missing out.