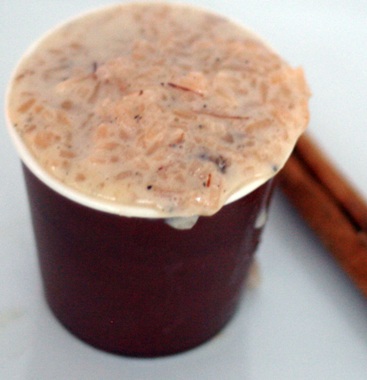 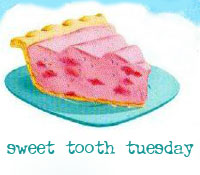 When, to my horror, I discovered a mouse had nibbled on my bag of unsweetened coconut I was forced to make a sudden adjustment to my coconut squares plan. Unfortunately I had already started the recipe and was left with a can’s worth of sweetened condensed milk I had already mixed with some vanilla. I wasn’t sure how to use it. I had a pork roast in the oven so I knew I couldn’t make something that required baking and the dozens of recipes for “magic” bars I found online held no appeal. I finally hit on the idea to try and think of something that creamy used a lot of milk and sugar with the hope that subbing sweetened condensed milk for those ingredients would work. After some serious thought I came up with the idea of making rice pudding. It uses a fair amount of milk and sugar and is made on the stove top. Luckily it worked-the rice was perfectly tender and the pudding just sweet enough. The Indian-inspired spices were a great choice, the dish was still homey but different enough from the traditional rice pudding to feel special.