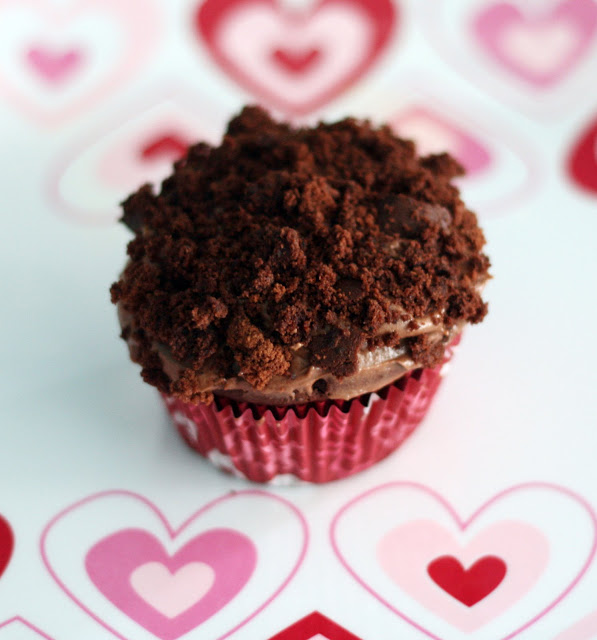 For the pudding filling:
Note: Make the pudding first because although it takes less than 5 minutes to make, it needs time to chill. If you can, make it the day before you plan to bake.

Place all of the pudding ingredients in a heavy saucepan. Cook over medium heat, stirring continuously until mixture comes to a boil and begins to thicken, about 3 minutes. If it seems lumpy, strain before pouring it into a bowl. Refrigerate covered, until throughly chilled.

Preheat oven to 350. Line or grease 12 wells in a cupcake pan. Mix cocoa with boiling water in small bowl, stirring until smooth. Set aside to cool. Cream together butter, vanilla paste and sugar until fluffy. Add eggs, one at a time, beating well after each one. Add the hydrated cocoa, mixing thoroughly. In another bowl, whisk together remaining dry ingredients. In a measuring cup or small bowl, combine the milk and sour cream. Add the flour mixture and the milk/sour cream mixture alternating between the two, thoroughly mixing between each addition. Fill the wells about 2/3 of the way. 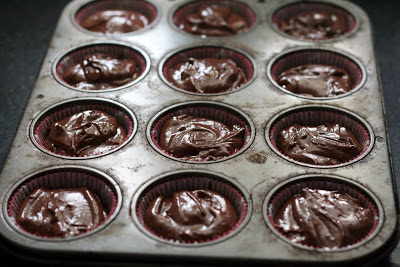 If you really scrape the bowl, you might be able to eke out one or two extra cupcakes. Bake 20 to 25 minutes or until a toothpick inserted in the center cupcake comes out clean. Cool completely. 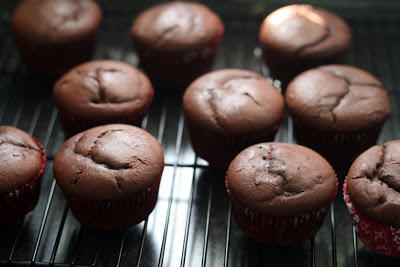 Assembly:
Make sure the cupcakes are completely cool. Set aside one cupcake. Give the pudding a good stir so it isn’t so solid it won’t easily pipe. Fill using filling/decorating tools or by removing a small amount of cupcake from the center (using a small corer works well) and carefully spooning in some pudding. I used the tools that came with this and decorating equipment from cupcake kit. 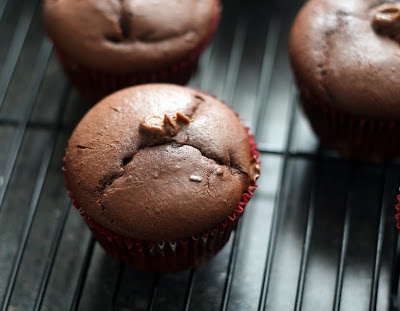 If you’ve never filled a cupcake before, you might want to check out this guide to filling cupcakes that I wrote for Bakespace. Ice with a fairly modest amount of frosting on each cupcake. Smooth the icing so there is a bit of a flat top. Crumple the leftover cupcake to make crumbs. 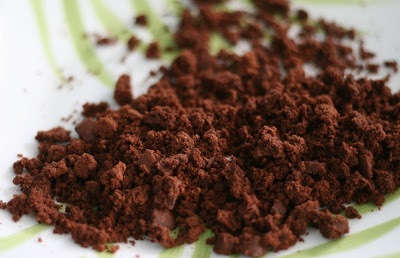 Sprinkle the the crumbs over the iced cupcakes. Voilà!

Yield: about a dozen cupcakes

Note: You will probably end up with at least some pudding leftover. I really couldn’t scale the recipe down any further than I did.

Today is our fourth anniversary. We debated about staying home and making something special but the lure of neither of us having to cook was strong so we struck a compromise, we’d go out to dinner but I’d make dessert. I decided to go ahead with a cupcake idea I’ve had for years.

Brooklyn Blackout Cake is a NYC classic originally hailing from long defunct Ebinger’s Bakery. It consists of 3 layers of dark chocolate cake with dark chocolate pudding between the layers, topped with chocolate icing and sprinkled with chocolate cake crumbs. This cupcake version is inspired by both the original cake and the Brooklyn Blackout Cupcakes we used to get at Two Little Red Hens in Park Slope, Brooklyn. The owners of the bakery have since parted ways and the location we once dined at is now called the Ladybird Bakery. I haven’t been there since the schism so I can’t say for sure that the Brooklyn Blackout is the same or still on the menu.

Anyway, since we live in Baltimore and can’t pop out for a Brooklyn Blackout cake or cupcake as they are virtually unknown locally, I set out to reproduce it in my own kitchen. Taking inspiration from the bakery examples I’ve had, I created recipes for a dark chocolate pudding-like filling, a moist sour cream/devil’s food cake and a glossy chocolate frosting. Of course I have no idea what the original Ebinger’s or Two Little Red Hens’ recipes are but I think I did a pretty good job. Unlike bakery (cup)cakes these aren’t over the top in size but they make up for it in flavor.

You need to be a true chocolate lover to truly enjoy the Brooklyn Blackout. All of the individual parts of the cupcake are a rich, moist, dark chocolate. Perfect for a special occasion but easy enough for everyday.