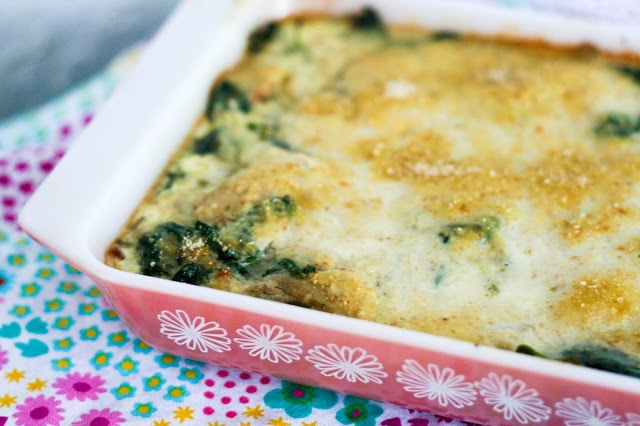 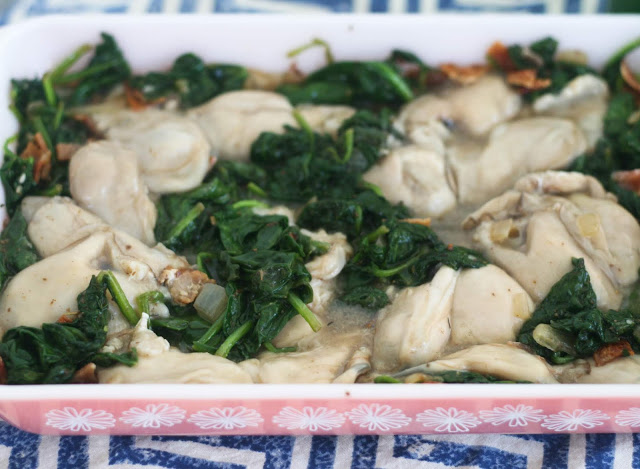 Sprinkle with bread crumbs and cheese in alternating handfuls. Bake for 20 minutes or until the oysters are just cooked and the top is browned and bubbly. Serve immediately.

This recipe is a bit of an odd one. I don’t know if oysters au gratin is a thing (if it’s not, it should be!) but I had picked up two pints of oysters a while back. One pint I made into oyster po’boys for the second time in about two months and I didn’t have any idea what to do with the second jar. Finally, I had to make them or risk spoilage so I came up with this dish. It ended up being really good! Who knew? I served it as a side but it definitely could be a main dish, it is rather filling.

It isn’t as rich as it could be as I didn’t add anything but spinach, a small amount of bacon and oysters in the filling–no dairy at all, and topped it with a modest amount of cheese. The result was a fresh tasty, briny dish that seemed really festive despite me whipping it up on a random weeknight on a whim.