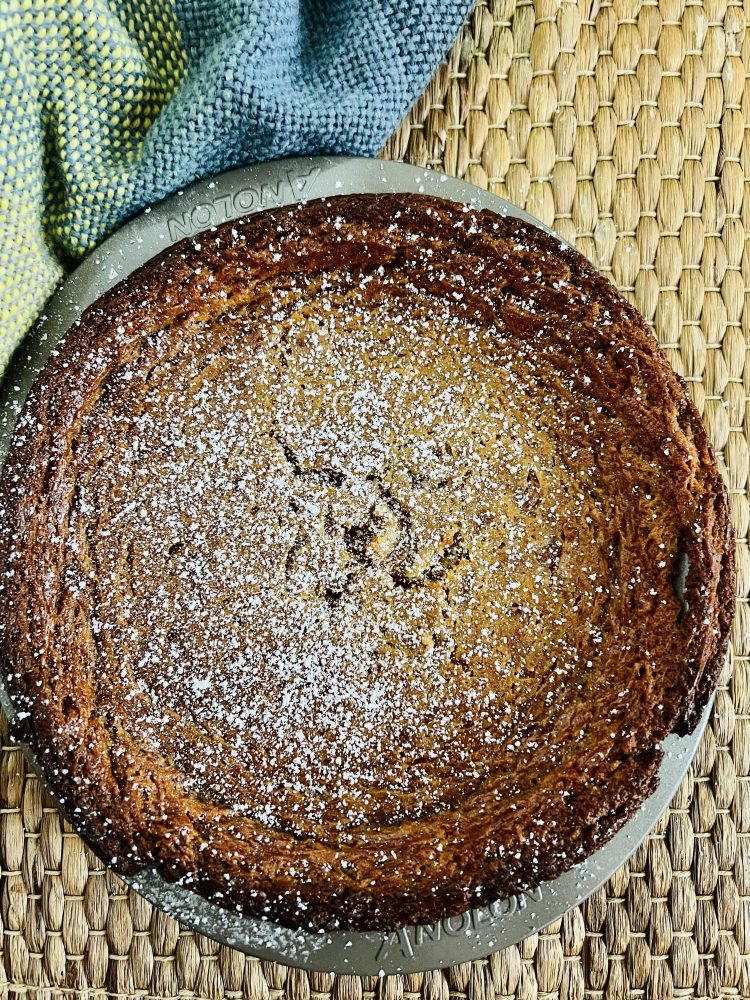 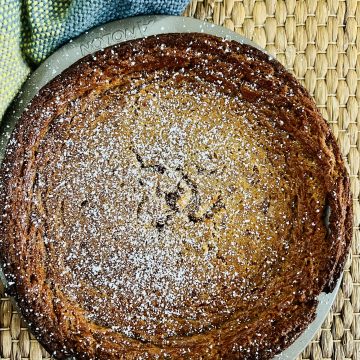 Classically made with foraged American wild persimmons, you can make this with very ripe Hachiya persimmons.
Print Recipe Pin Recipe

Persimmon pudding is something that I’ve always wanted to make. I have dreams of foraging for wild persimmons that apparently grow in some of the parks here in the city but every time I’ve tried, I haven’t been successful and I’m not so dedicated that I am going to keep trying day after day.

Fuyu persimmons, the kind that look like tomatoes, are pretty easy to find here (even Costco sells a case when they are in season) but the kind that you can really successfully cook with, the soft and pulpy when ripe Hachiya variety are a little trickier to source. I think it’s probably because persimmons are still sort of a niche fruit, they have  short season, you can’t eat them even a little unripe and when they are ready to eat, they are so soft the skin is about to burst. So imagine my excitement when I was looking for something else (which I didn’t find) and I came across some just ripe Hachiyas!

Obviously they came home with me because persimmon pudding is the perfect addition to my regional American Thanksgiving theme this year! It’s not exactly what I would think of when I would think pudding but my guess is that it based on an English steamed pudding and that name carried over. I did find some old American recipes that called for you to steam the “pudding” but most went for the more common and less fussy baking method. It seems to be most popular in Indiana where wild persimmons are apparently abundant but I’ve also seen a lot of recipes from the northeast and the south.

The texture is sort of similar to pumpkin pie filling but as a pumpkin pie hater, that’s where the comparison ends. It raises quite a bit in the oven and then deflates as it cools forming a soft custardy, spoonable dessert. In the picture you can see some spots in the middle that look a little lumpy, that is from me constantly testing to see if it is done, some how the oven got turned off briefly and it was taking forever. It actually could look quite smooth if you left well enough alone.

I used buttermilk in this because I had buttermilk and I like buttermilk but I’ve most commonly seem regular milk in it. I think the buttermilk added a nice creaminess and tang that milk wouldn’t so I’m happy with my choice. I also didn’t use cinnamon like a lot of recipes called for because I didn’t want to. I felt it would overpower the delicate fruitiness of the persimmon.

I topped it with powdered sugar but I’ve also seen it served with ice cream or whipped cream.