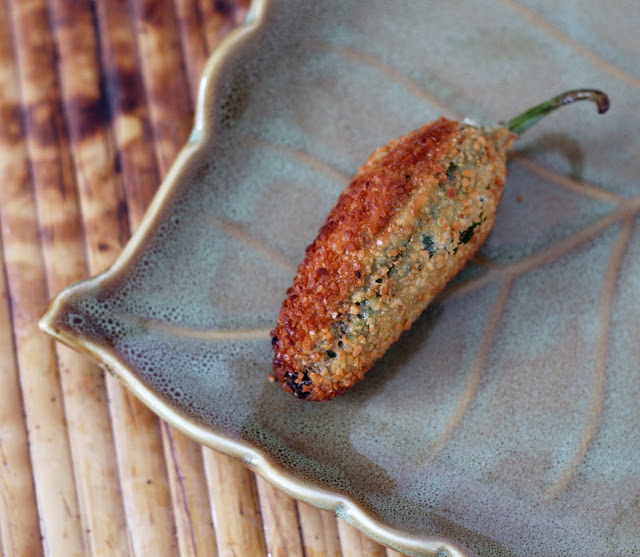 Directions:
Line a baking sheet with parchment paper. Preheat oven to 350. Mash all of the filling ingredients together until fairly smooth and the ingredients are well distributed. Slice the peppers in half or cut a slit down the middle of one side of the pepper and leave it whole. 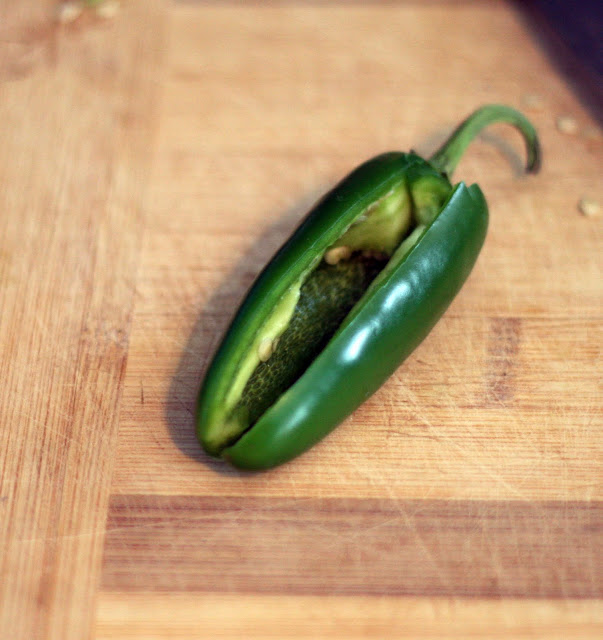 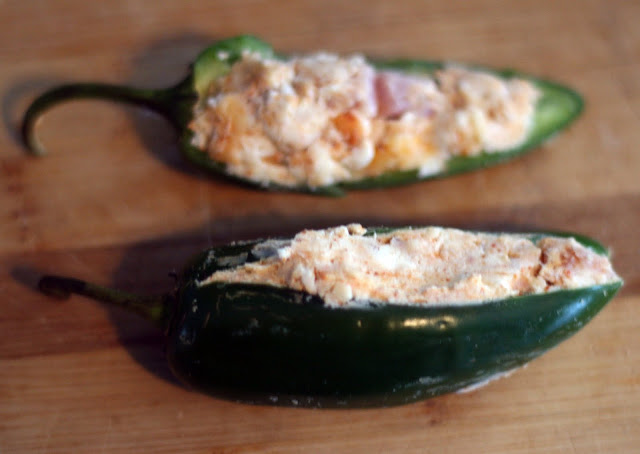 Dredge each popper in the flour, dip into the egg, then dredge in the matzo meal or crumbs to coat. 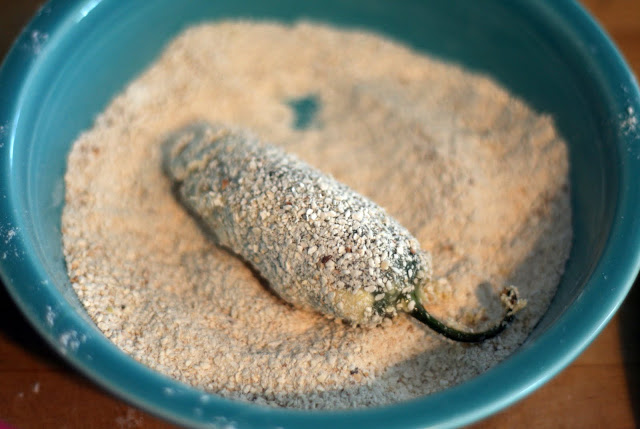 Place in a single layer, cut side up, on the lined baking sheet. Bake until the crust is golden and the pepper is hot all the way through, about 30 minutes.

I have to admit that until I made these, I had never actually had a jalapeño popper. The few times I have seen them listed on menus, they are always fried. While I do love fried foods (who doesn’t?)the idea of frying something that is stuffed with that much cheese makes me feel a little queasy. So I thought I’d try my hand at this gourmet-ish baked version. I know they are typically stuffed with little more than a mixture of cheeses (and maybe a bit of crab or bacon) but I thought a bit of ham would be fun and help cut the heat a bit. I love smoky flavors so I went all out using smoky spices (and cheese! and ham!) but it all melded together and was a great contrast to the creamy goat cheese and straight up hot jalapeño. The poppers tasted almost grilled which took the sting out of them being baked rather than fried. They are just as crispy outside and gooey inside as they would have been fried (I admit, I did a test fried popper to compare and contrast) but not as heavy tasting. 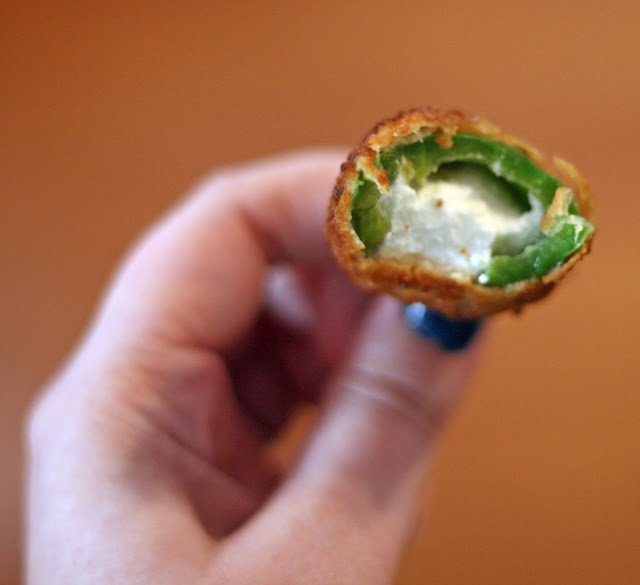 Note: If you really want heat, look for peppers at your local farmers market. The jalapeño peppers sold at regular supermarkets are often pack less heat than their local cousins.