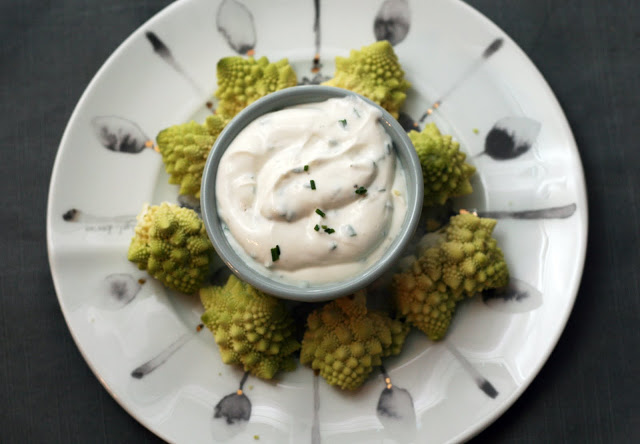 Directions:
Stir together all ingredients in a medium bowl. Refrigerate at least 1 hour prior to serving.

Tip: Cut up chives using kitchen shears. So much easier than using a knife and they don’t get bruised.

Named after the 1920s play The Green Goddess, Green Goddess Dressing was the dressing until ranch came to dominate the salad dressing market after its invention in the 1950s (I made ranch dressing back in 2010 when I had my ’50s themed meal) .

Full of herbs, Green Goddess dressing is lovely on salads but for our 1920s themed meal(s), I re-imagined it as a dip for raw vegetables and chips. The original dressing called for sour cream, so turning it into a dip doesn’t alter the flavors as much as one might think. I stuck mainly to fresh herbs but snuck in some dried chervil (I’ve never even seen that fresh) as it was an important addition in the dressing.