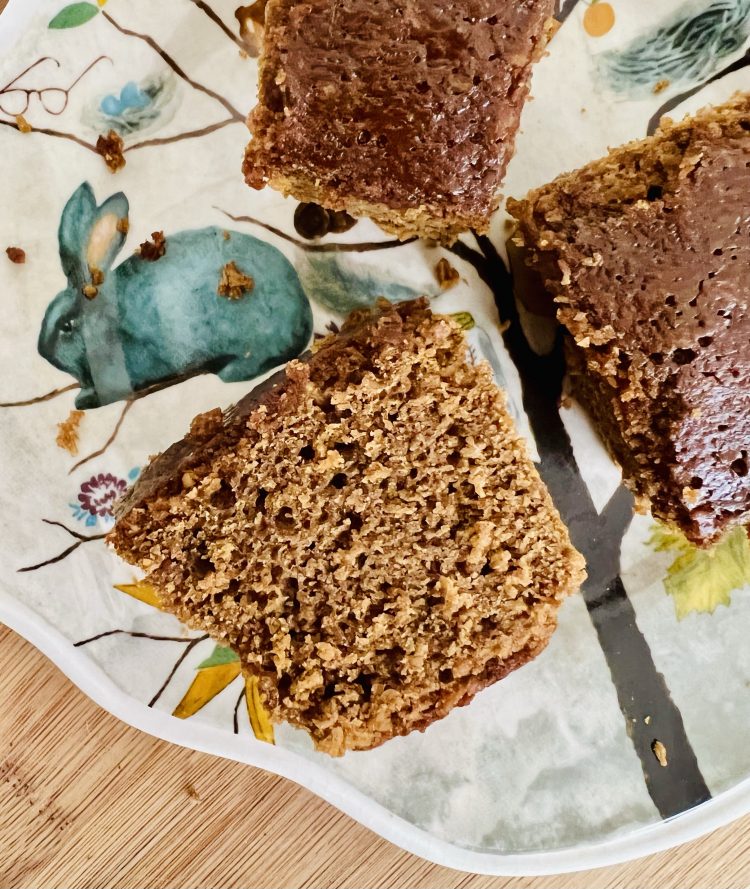 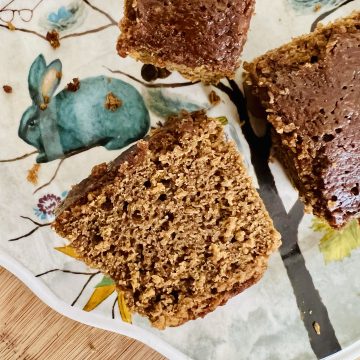 For some reason, I got in my head that I needed to make parkin, a cakey sort of kin to gingerbread that’s popular in Yorkshire, England. Maybe it’s because I kept running into references to it? My husband got into eating Scottish porridge oats (we order them in bulk quantities from Scottish Gourmet) during the pandemic since he’s here to make breakfast. I came across a review where someone said they love making parkin using it. Mentally filed that away. Then I read a book where they got parkin as a treat from a bakery. Hmmm. Then I saw someone on Tiktok respond to a question about what is a UK/British fall treat since we have candy corn, pumpkin dishes etc and they said parkin! I can take a hint.

This recipe is very easy and in American measurements which of course is how we prefer things here for better or worse. Things are a little tricky because it does require some ingredients we don’t always have readily available here. Locally every grocery store sells Lyle’s Golden Syrup so that’s easy. The next tricky ingredient is black treacle. This I had to order online from Amazon. The price for a mini case of 6 was $22 which was pretty reasonable per jar. Of course, now I have a lot of black treacle to use up but it does keep for years and the tins aren’t that big. This recipe used about half a tin. Some sources say that black treacle is the same as what we call molasses. I’m not convinced this is true because, to me, they taste a little different–black treacle is a touch more bitter. But if you don’t want to go all-in, you could use molasses. Next up is the porridge oats. As I said above, we buy these from Scottish Gourmet and my husband eats them for breakfast. It’s a stone ground oat from Scotland. It looks and tastes different than the rolled oats that are common here.

Parkin is another one of those old-timey mysterious baked goods. No one knows where it got its name or who made it first but basically, it’s a Northern England version of gingerbread that rather than just being made with plain flour, is made with oatmeal and always has black treacle. When you first bake it, it’s a little dry but over a couple of days it gets sticky and the flavors deepen. If you like gingerbread you will like it. Apparently, it is especially popular on November 5th, Bonfire Night (aka Guy Fawkes Night) so I’m posting it now so you have time to source the ingredients and bake it. It’s just a fun autumnal cake and change of pace from our typical apple and pumpkin desserts. Once you have all the ingredients it comes together quickly and it smells amazing baking.