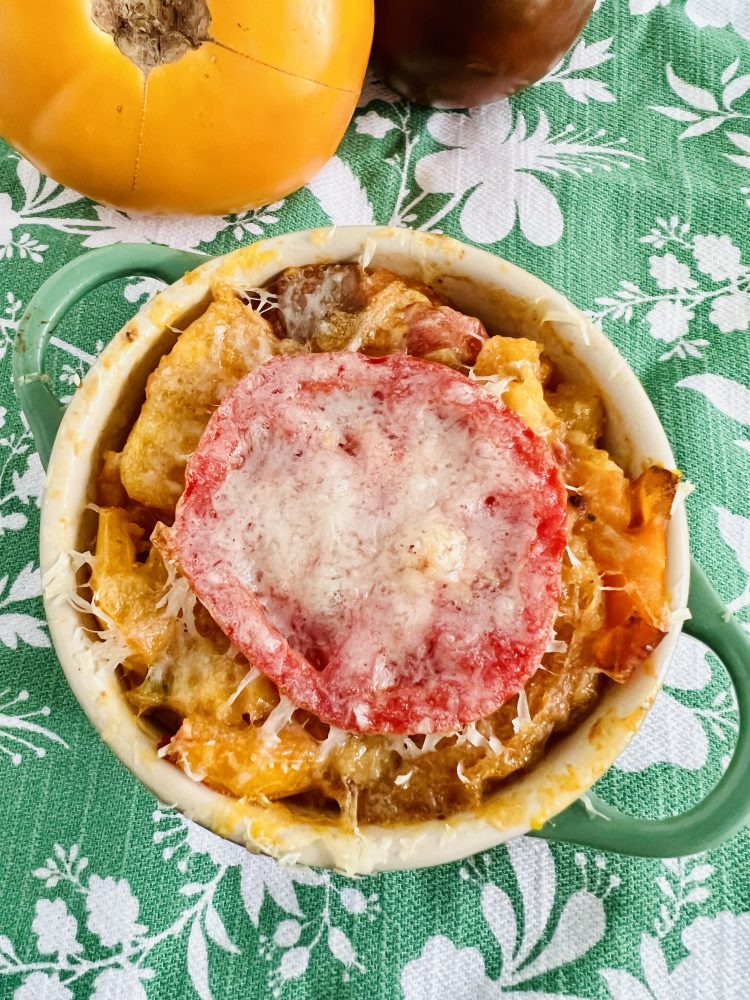 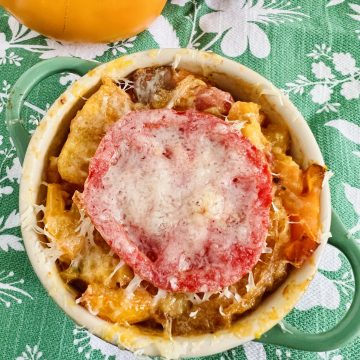 When I was at our favorite old fashioned bakery for peach cake a few weeks ago I overhead a man order “box bread”. I asked him what it was and he got a dreamy, far off look in his eye and said it was a soft sandwich bread that he loves to make tomato sandwiches with.

We already had a ton of bread at home so I didn’t get any but I mentioned it to my husband. Friday was my birthday and we had ordered a cake. When he picked up, they had box bread fresh from the oven. He got a loaf but we didn’t get a chance to eat it right away because we ended up getting crabs for lunch and then did a day trip Saturday. It wasn’t exactly stale but it wasn’t at peak freshness either.

I didn’t want it to go to waste so I came up with this sort of casserole to use it up, along with some tomatoes I had bought to make shrimp salad BLTs with that were starting to get soft. I had bought this hard Greek sheep’s cheese at Lidl so I used that but easier to find Parmesan would work just as well.

I’m still not sure what box bread is. I had thought it was a Pullman loaf but it isn’t. When I google it, something called “Virginia Box Bread” comes up but all the recipes look very similar so I don’t know if it is a regional dish or just called that for some reason.

When I was a kid we would make grilled cheese with home grown tomatoes and this really reminded me of that but more herb-forward. I really liked it a lot and the leftovers were equally as tasty as it was the first day. I think the tomato box bread sandwich man would be pleased.