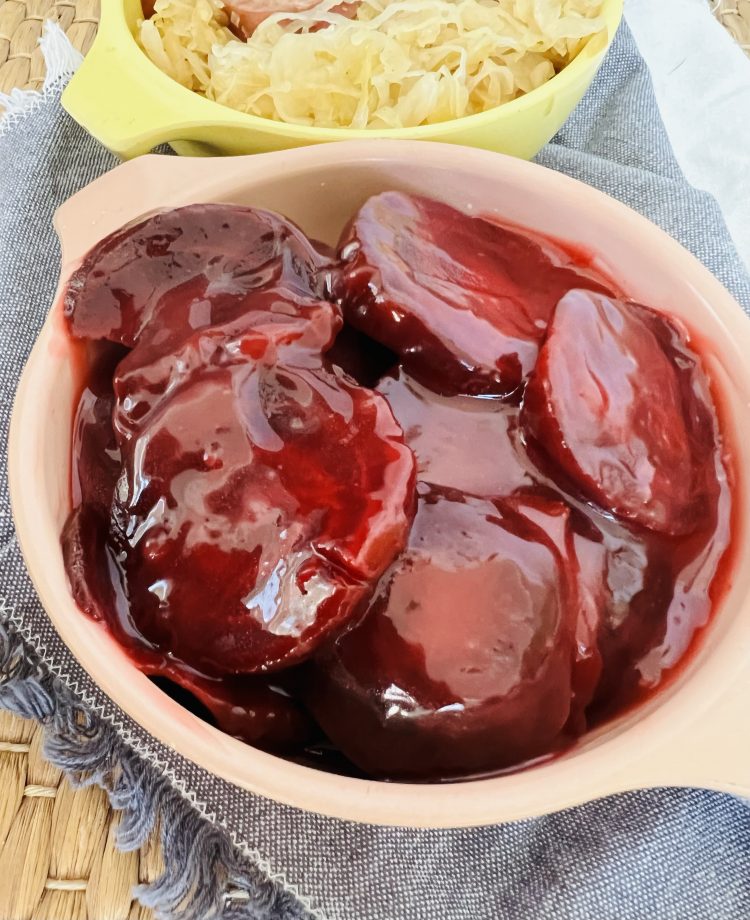 I really need a vegetable (besides sauerkraut!) for Thanksgiving and I had a ton of pre-cooked Love Beets I bought at Costco and thought it would be a great excuse to make Harvard Beets. Harvard Beets are another regional dish (fitting the theme!) with a murky origin story. Are they named Harvard Beets because beets are similar to Harvard’s colors? Or it is because they were first made a tavern in England  named “Harwood” that opened up a branch in Boston with the same name, serving these beets and I guess people didn’t know how to pronounce it correctly? That makes zero sense but that’s what I keep seeing. Who knows? But it is a popular and tasty dish that seems to be the most popular in New England. I came across so many people saying it “wasn’t Thanksgiving without Harvard Beets”.

It is pretty straightforward although I’ve seen variations and arguments for lemon and/or orange juice rather than water or even the vinegar. The trick is the cornstarch, it turns the beet juices and vinegar into a velvety sauce.