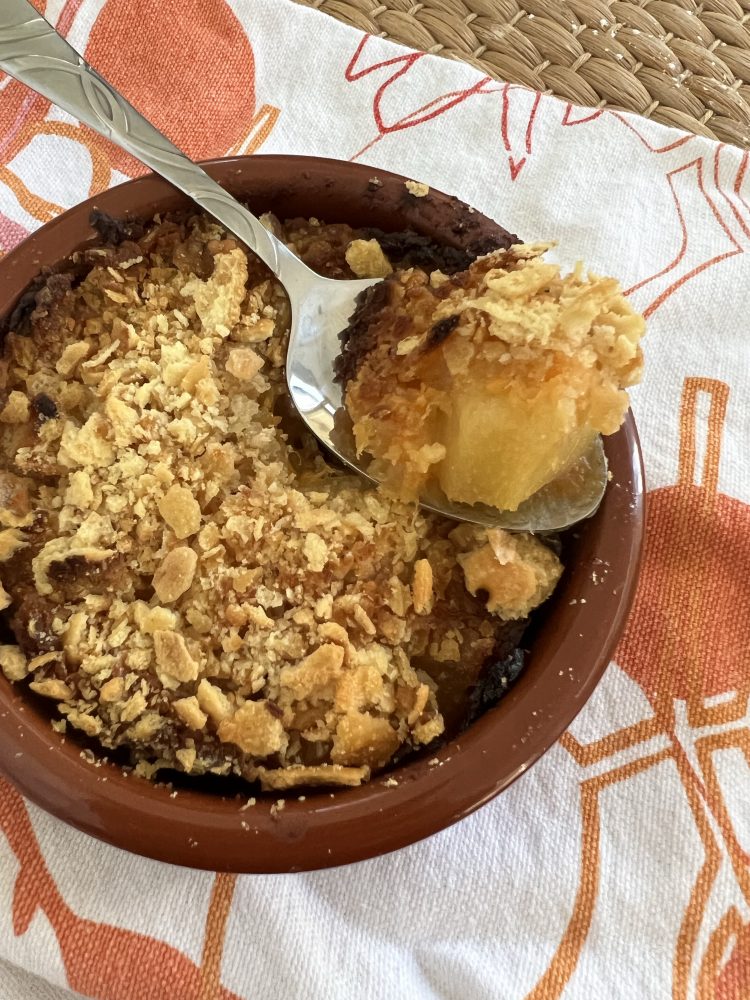 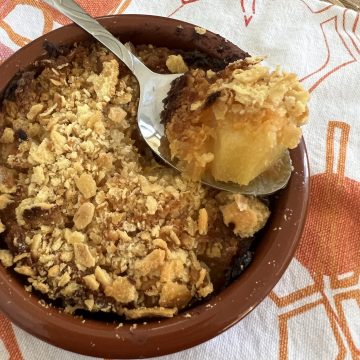 This is something I have always wanted to try and never came across in real life. Honestly, it scares me a little. Who would think of this? But I’ve seriously thought about this side dish for at least a decade and what better time to try it out than the year I am putting together a regional foods themed Thanksgiving?

The answer is that there will never be a better time. This is apparently a bit more popular at Easter, which makes sense because of ham but I saw a lot of references to it at Thanksgiving as well. It is an interesting combination and very easy to put together. I was interested to find that not only is this apparently a popular dish there is a rival pineapple-cheese dish, scalloped pineapple, that uses bread cubes instead of crackers. I had crackers leftover from the corn pudding so I went the cracker route but honestly, I’m intrigued by the bread. Maybe I will try that one day?

I did tweak the classic a bit. There was a divide between crushed and chunk pineapples so I used both—I think the chunks give you a better, more interesting texture but the crushed really mix well with the other ingredients and give the dish body rather than it just being melted cheese on a pineapple chunk. I used fake Ritz which I think are buttery enough so I didn’t add butter to the topping. I think I would so it would brown and be toasty if I used saltines I like saw in some real early recipes but we have Ritz now. I also used a little less sugar than some recipes called for, the pineapple was already very sweet.

I wasn’t sure if we’d like it but I thought I like cheddar cheese and apples or pears so why not pineapple? We actually really liked it! It was fun, sort of sweet savory without tasting like dessert. I’m very glad I didn’t add butter to the topping because I think that would have been very heavy and possibly greasy. As it was, it was oddly refreshing.

The picture came out very brown, I think its my choice of dish but it really is more appetizing in person!