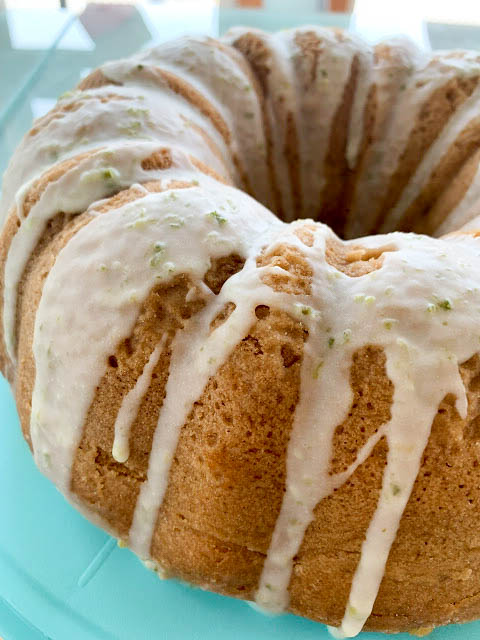 Preheat oven 350. Grease and flour a Bundt pan. Set aside. In a medium bowl, whisk together the flour, baking powder, baking soda, and coconut. Set aside.

In a large bowl or in the bowl of a stand mixer, beat together sugar, oil, coconut milk, lime juice, zest, and vanilla. Slowly stream in the dry ingredients and beat until well combined. Pour into the prepared pan. 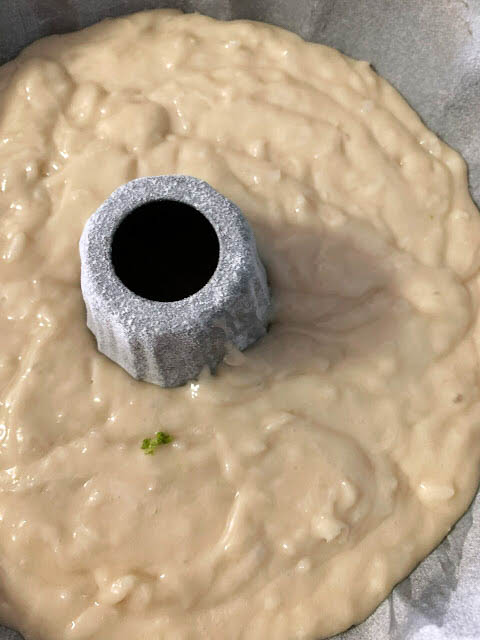 Bake 1 hour or until a cake tester or thin knife comes out with just one or two dry crumbs. Allow to cool in the pan on a wire rack for 10 minutes, invert on the rack and cool completely. 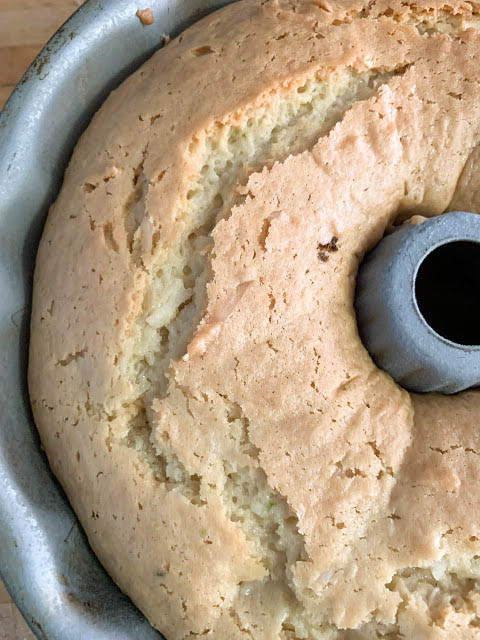 When cool, whisk together the glaze ingredients. Drizzle over the cake. The cake can be made a day before serving but don’t apply the glaze until ready to serve. 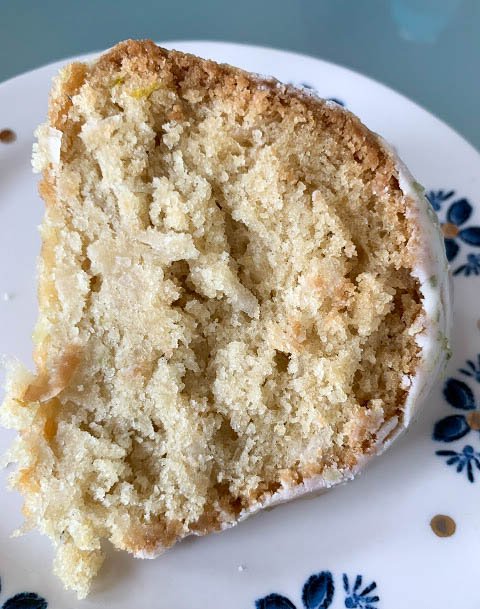 I took inspiration for this cake from the Depression and wartime era “wacky” or “crazy” cakes that were made without eggs or butter as a cost and resource cutting measure. They rely on acidic ingredients and baking soda to make the cakes rise. They are also incidentally vegan. My sister-in-law recently became vegan so I took that as an opportunity to experiment with some vegan baking! She isn’t a huge chocolate person but everyone in my family likes coconut so it makes sense to make a coconut cake. Lime juice not only adds flavor but it is the acid ingredient the cake needed to rise.

I was a little nervous making this cake since it was for a holiday and it’s been ages since I’ve done any vegan baking but it came out great! I greased the pan and then used this wand to evenly distribute the flour to keep it from sticking. Since I’ve started using that I haven’t had a single cake stick! I really wanted to make a cake where I wasn’t using any ingredients that I normally wouldn’t have on hand. I don’t drink or use alternative kinds of milk like soy or almond, I don’t use margarine (ahem, “plant butter”) or want to bother with egg replacements. I wanted to buy enough ingredients for two cakes just in case so I didn’t want to end up with ingredients I wouldn’t use in something else. So coconut milk, canola oil and the mix of acid and baking soda make sense to me. The added bonus is that using coconut milk really ramps up the coconut flavor and adds a lot of body that can be missed due to the lack of eggs.

Luckily, it came out wonderfully! I hate to say that you’d never know it was vegan (because vegan food is very good on its own and it shouldn’t be a surprise) but it really did come out like any other moist, super coconut-y bundt cake I’ve ever made. The zest added a ton of bright flavor in the glaze and every bite was full of coconut. It would be a great addition to any meal, vegan or not.