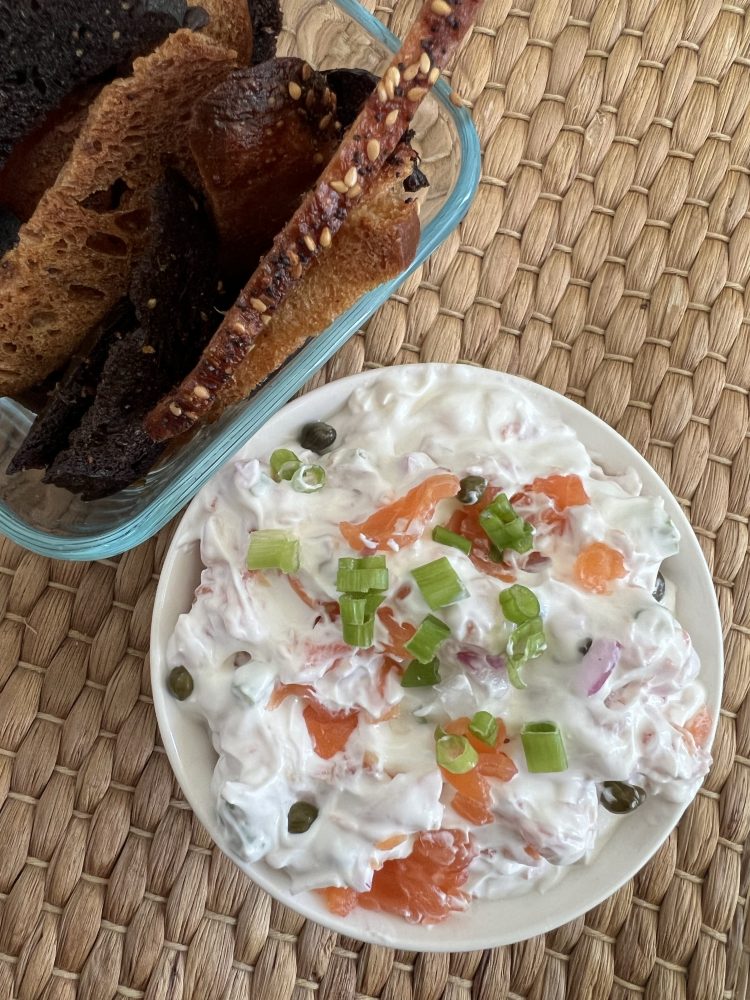 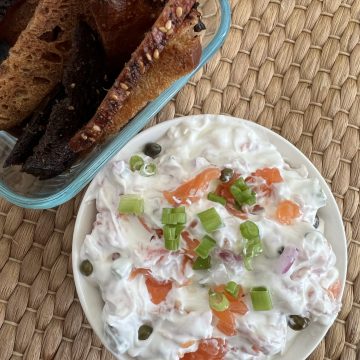 For the bagel chips: 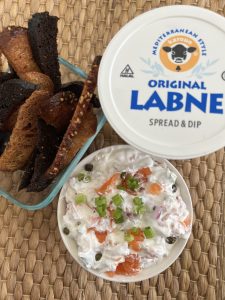 For my husband’s birthday this past weekend my in-laws sent us an obscene amount of bagels, whitefish and lox. We froze most of them but I realized we forgot to freeze two and decided it was finally time to make my own bagel chips! We don’t have great bagel access here and I never have bagels to experiment with!

I cut them in long shapes rather than rounds because I wanted to use them  as dippers for this dip that was inspired by my favorite way to have a bagel—opened faced with lots of lox, red onion and capers. I had been sent some Karoun Dairies Mediterranean Style Labne and knew it would make a great dip! It’s sort of like a cross between cream cheese and yogurt which made it perfect for this. I didn’t want a spread so cream cheese would have been too thick and mixing it with mayonnaise or even sour cream seemed a little wrong. But labne has that tang and is thick while still being very scoopable.

Resist the urge to further season the dip. I tried to gild the lily a bit but I found that the simplest batch was the best—you could really taste the labne and the lox. Capers and lox are salty so you don’t want to add anything to that.

I think this would be such a fun appetizer at a party! It’s like a more festive, make ahead version of the perfect bagel experience. We are still living as if Covid is real so we had it as part of a snackies for dinner meal. 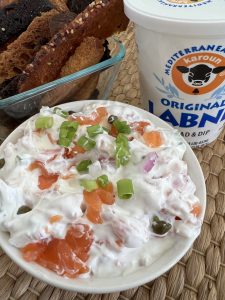